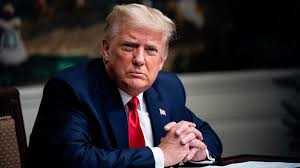 After years of placid admonishments, the tech world came out in force against President Trump this past week following the violent assault of the U.S. Capitol building in Washington D.C. on Wednesday. From Twitter to PayPal, more than a dozen companies have placed unprecedented restrictions or outright banned the current occupant of the White House from using their services, and in some cases, some of his associates and supporters as well.

The news was voluminous and continuous for the past few days, so here’s a recap of who took action when, and what might happen next.

Twitter  has played a paramount role over the debate about how to moderate President Trump’s communications, given the president’s penchant for the platform and the nearly 90 million followers on his @realDonaldTrump account.

In the past, Twitter has repeatedly warned the president, added labels related to election integrity and misinformation, and outright blocked the occasional tweet.

This week, however, Twitter’s patience seemed to have been exhausted. Shortly after the riots at the Capitol on Wednesday, Twitter put in place a large banner warning its users about the president’s related tweet on the matter, blocking retweets of that specific message.

A few hours later, the company instituted a 12-hour ban on the president’s personal account.

At first, it looked like the situation would return to normal, with Twitter offering Thursday morning that it would reinstate the president’s account after he removed tweets the company considered against its policies around inciting violence.

The president posted a tweet later on Thursday with a video attachment that seemed to be relatively calmer than his recent fiery rhetoric, a video in which he also accepted the country’s election results for the first time.

Enormous pressure externally on its own platform as well as internal demands from employees kept the policy rapidly changing though.

Late Friday night, the company announced that it decided to permanently ban the president from its platform, shutting down @realDonaldTrump.

The company then played a game of whack-a-mole as it blocked the president’s access to affiliated Twitter handles like @TeamTrump (his official campaign account) as well as the official presidential account @POTUS and deleted individual tweets from the president. The company’s policies state that a blocked user may not attempt to use a different account to evade its ban.

Twitter has also taken other actions against some of the president’s affiliates and broader audience, blocking Michael Flynn, a bunch of other Trump supporters, and a variety of QAnon figures.

With a new president on the horizon, the official @POTUS account will be handed to the new Biden administration, although Twitter has reportedly been intending to reset the account’s followers to zero, unlike its transition of the account in 2016 from Obama to Trump.

As for Trump himself, a permanent ban from his most prominent platform begs the question: where will he take his braggadocio and invective next?

So far, we haven’t seen the president move his activities to any social network alternatives, but after the past few years (and on Twitter, the last decade), it seems hard to believe the president will merely return to his golf course and quietly ride out to the horizon.