by The Lagos Today
in National
1 min read
0
0 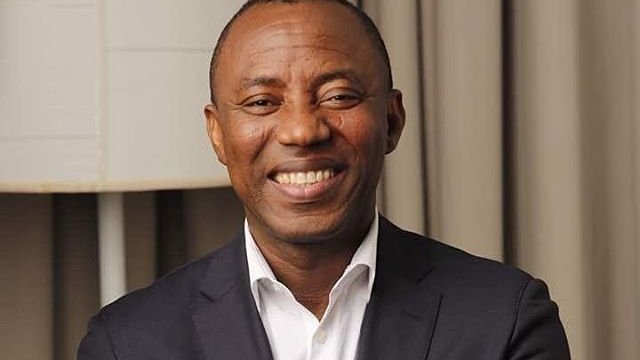 An Abuja-based Magistrate Court has granted a N20 million Naira bail to popular activist, Omoyele Sowore, who is also the Convener of #RevolutionNow protests.

The second to fifth defendants were also admitted to bail in the sum of N1million and one surety in like sum.

Chief Magistrate Mabel Segun-Bello while ruling on the bail application on Monday admitted Sowore to bail in the sum of N20million and two sureties in like sum.

The court also ordered Sowore to remain in Abuja and must physically report to the court registrar every Monday and Friday pending the hearing and determination of the case against him.

The court further ordered that one of his sureties must be a civil servant not below grade level 12.

Sowore and four others are standing trial for alleged unlawful assembly, criminal conspiracy, and inciting public disturbance.
They were arrested by the police on New Year’s Eve during a protest against bad governance.

Sowore had earlier before the protest charged Nigerians on Twitter to hold a crossover protest by picking up a candle and a placard showing their grievances against the President Muhammadu Buhari administration.

This is not the first time Sowore will be arrested. He was detained for over 100 days in 2019 for calling for a #RevolutionNowProtest.