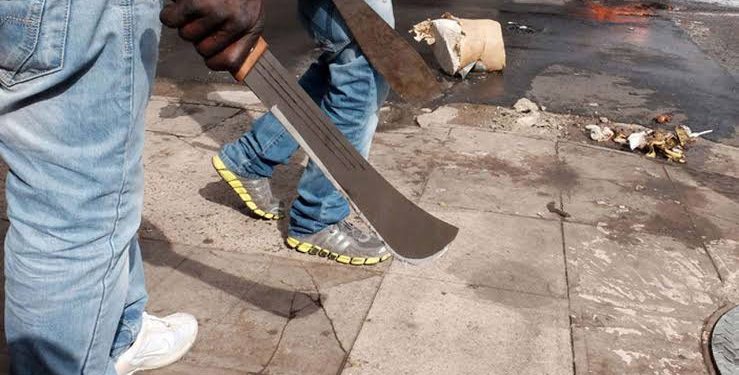 Three persons have been reportedly killed in the ongoing supremacy clashes involving members of the Eiye and Aiye cults in Owode and Ibeshe communities, in the Igbogbo Bayeku Local Council Development Area of Lagos State.

Among the victims was a betting agent, identified only as Segun, who was hit by a stray bullet.

It was gathered that the other two victims were suspected cultists, one of whom was shot dead around the F1 bar in the Ebute area of Ikorodu West LCDA last Sunday.

It was also gathered that the supremacy battle had been ongoing for over a month in the communities.

Some residents were said to have abandoned their houses to seek refuge in safe environments, while many lived in constant fear of the unknown.

A source said the cultists usually engaged one another with guns, cutlasses and machetes, adding that business activities in the Owode and Ibeshe areas had been grounded due to the cult attacks.

The source said, “What is going on is totally uncalled for, and it is sad that an innocent person, Segun, that I knew very well was killed by a stray bullet shot by these cultists. Two other suspected cultists were killed. One was shot dead adjacent to the F1Bar in Ebute, Ikorodu.

“From 6pm in Owode and Ibeshe, everywhere is deserted; you won’t even see anyone moving from 7pm for their own safety. The situation has got to a stage where the cultists rob hawkers and business persons of their goods at will. Residents have been relocating; I am also planning to relocate my family.”

A politician, Rotimi Balogun, said the cultists were fighting over tax collection from truck drivers conveying sand into the community, and land matters, adding that the police in the area needed support to resolve the problem.

He said, “At least three people have been killed and the crisis has been going on for four weeks. We have reported the situation to the police, but I don’t think the police station in Ibeshe has the capacity to quell the crisis on ground as they need backup. The atmosphere is charged, everyone is just anticipating because the cultists can start fighting suddenly.”

The state Police Public Relations Officer, CSP Adekunle Ajisebutu, said he would get back to our correspondent after being briefed.

He had yet to do so as of press time.