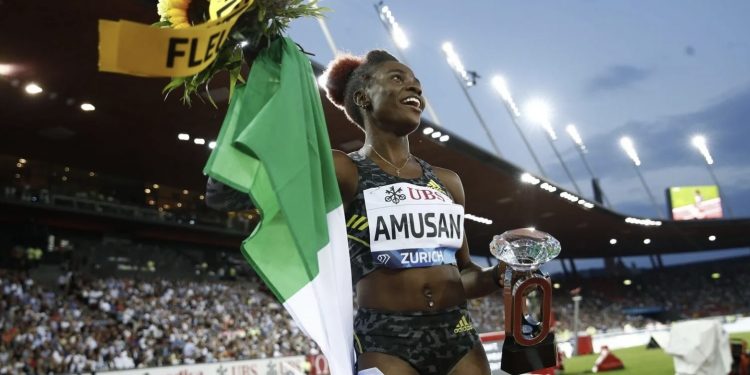 Tobi Amusan has won the women’s 100 meters hurdles at this year’s Diamond League in Zurich.

She became the first Nigerian to win the Diamond League in 2021.

The Diamond League is an annual series of elite track and field athletic competitions comprising fourteen of the best invitational athletics meetings. The series sits in the top tier of the World Athletics (formerly known as the IAAF) one-day meeting competitions.

The Competition welcomes the creme de la creme of the track and field events.