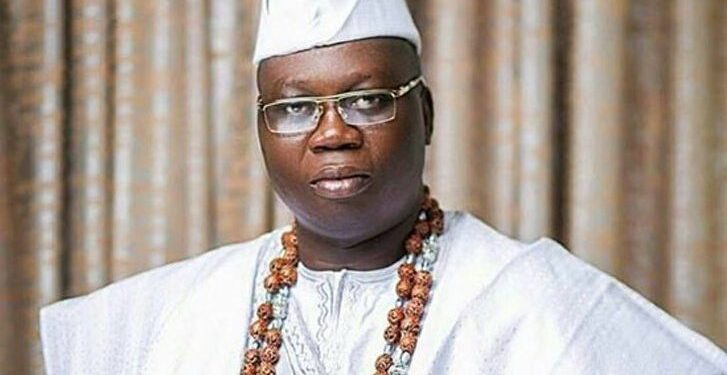 The Aaré Ónakakanfo of Yorubaland, Otunba Gani Adams, has charged the Nigerian Government and the Lagos State government to fulfill their promises to victims of the explosion that occurred exactly a year ago at Soba Town, under Amuwo Odofin Local Government Area of Lagos State.

In a statement to commemorate a year anniversary of the disaster in which over 22 people died and property worth billions of naira destroyed, Adams, who is also the chairman, Landlord/Resident Association of Soba Community, said he and several other affected people had not been able to renovate their properties after the disaster.

He said: “We are marking the first anniversary of the sad incident that happened last year. It is an event that will remain in the history of this country and the entire Soba Community. We are gathered here to remind the government of their promises, the losses we incurred and the collateral damages that happened to our members.

“It is sad that even till now, the authorities have not fulfilled their promises. We want the international communities to be aware of the disaster that rocked our community.”

He disclosed that top government representatives, including the Speaker, House of Representatives, Mr. Femi Gbajabiamila, visited the scene of disaster as well as some Southwest governors and made promises, assuring to assist the victims with some certain amounts of money to be paid as compensations.

“We are using this opportunity to appeal to the Lagos State government to fulfill all the promises and embark on tangible development of the community,” he added.

He also appealed to Governor Babajide Sanwo-Olu to upgrade the traditional leader (Baale) of Soba Community to the level of an oba since the population of the community is now over 4000.

'60% of Building Collapses in Nigeria are From Lagos'