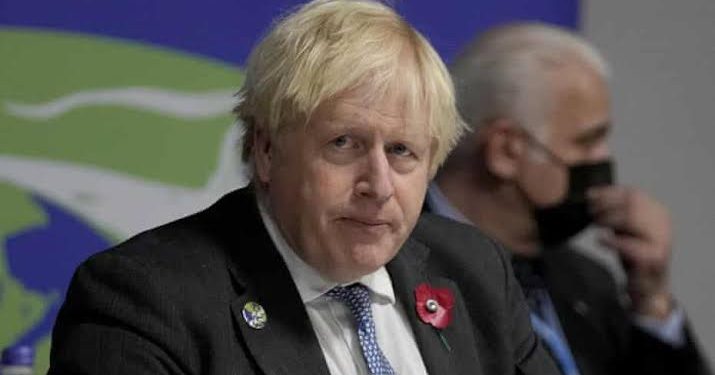 The UK government Thursday launched the new Urban Climate Action Programme (UCAP) to support the cities and regions in developing countries most impacted by climate change to accelerate their transition to net zero.

Backed with £27.5 million of new UK government funding as part of the UK’s International Climate Finance commitment, the programme will support cities across Africa, Asia and Latin America to take action to tackle climate change and create a sustainable future, by helping them to become carbon neutral by 2050 and prepare low-carbon infrastructure projects.

To date, over 1,000 cities and regions across the world – over a fifth of the global urban population – have committed to slashing their emissions to net zero by 2050 and Lagos is one of them.

With a growing population and as one of the most vulnerable coastal cities, Lagos will receive support to implement its low-carbon, inclusive and climate-resilient urban development plans through UCAP.

Today, as part of the UN COP26 climate summit’s Cities, Regions and Built Environment Day in Glasgow, the UK has called on cities yet to make commitments to step up and set a net-zero target that will help protect the places where people live and work, future-proofing the world for future generations.

Business and Energy Minister Lord Callanan said: “From our homes and workplaces to our towns and cities, the buildings we live in are a fundamental part of our daily lives, but also a significant source of global emissions.

“That’s why at COP26 today we are calling on cities, regions, governments and businesses to seize the moment and set bold net-zero targets as we work together as a global community to end our contribution to climate change.”

The world’s urban buildings, including homes, workplaces, schools and hospitals, are responsible for around 40 per cent of global carbon emissions. By 2050, 1.6 billion people living in cities will be regularly exposed to extremely high temperatures and over 800 million people living in cities across the world will be vulnerable to sea level rises and coastal flooding. Accelerating the transition to net-zero emissions for the world’s cities will therefore be vital to achieving the goal of keeping global warming to close to 1.5º.

UK’s Deputy High Commissioner in Lagos Ben Llewellyn-Jones said: “The population of Lagos is projected to double by 2050, and the speed and scale of urbanisation may lock in high-carbon infrastructure and inequality if we do not act now.

“Lagos has continued to drive action at scale to tackle climate change and protect people’s livelihoods. And, I am glad that the UK’s new programme will provide invaluable support to the state for sustainable growth, enhance resilience to climate risks, and secure a greener future for generations to come.”

UCAP will follow on from the flagship Climate Leadership in Cities programme, which was funded by the UK and successfully supported megacities in Latin America and Asia to develop ambitious climate action plans consistent with the Paris Agreement – including developing pathways to net-zero by 2050 and committing to ambitious interim targets by 2030 to keep 1.5 degrees within reach.

As the first major economy to legislate to reach net-zero emissions by 2050, the UK is already taking action to tackle emissions from the built environment sector. As heating for homes and workspaces makes up almost a third of all UK carbon emissions, reducing these emissions is key to achieving the goal of net-zero by 2050. Through the recent Heat and Buildings and Net Zero Strategies, the UK government has set out how the UK will deploy the low-carbon technology needed to decarbonise homes, workplaces and public spaces.

Department for Levelling Up, Housing and Communities (DLUHC) Minister Eddie Hughes said: “Net zero provides a real opportunity as we level up across the UK – delivering new green jobs and skills and boosting local economic growth.

“Many local areas are already taking action and we continue to work very closely with them to meet our climate change commitments.

“We are also taking action to cut the CO2 emissions of all new build homes by at least 75% from 2025 under the Future Homes Standard, and by 31% through an improvement in building standards later this year.”

The transition to net-zero will drive levelling up across the country while supporting communities towards a greener future – providing opportunities for economic growth and delivering new green jobs for local people.

Recognising the urgency to tackle climate change by quickly reducing Carbon Dioxide emissions, Governor Babajide Sanwo-Olu on behalf of Lagos State had signed up to the Zero-Emission Vehicles Joint Statement.

He said: “Lagos State considers Net Zero an imperative and commits to converting public transport vehicles to electric as well as embracing solar and other clean energy sources. We must go faster.”

The UK Government, through its Financial Sector Deepening Africa development Programme and FMDQ, signed a Memorandum of Understanding with the Lagos State Government in September 2021, to mobilise green financing via the capital markets to support the state government’s initiative to build a sustainable and resilient megacity. The UK is also currently working with the state government to build a pipeline of green infrastructure projects through our portfolio of programmes.