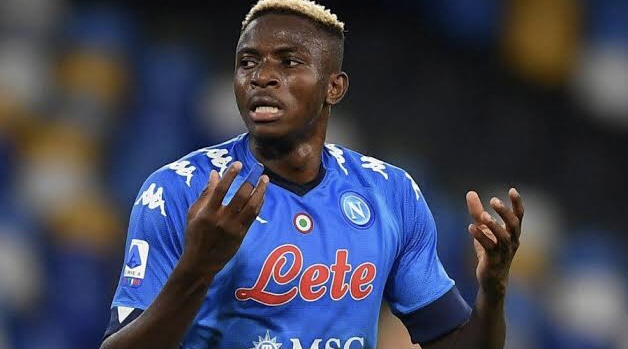 Manchester United are reportedly interested in signing Victor Osimhen next year but are not prepared to meet Napoli’s huge asking price, which is believed to be in the region of €100m (£86m).

Ronaldo’s exit has left Man United short of options at centre-forward, and the club are believed to be considering moving for a new attacker in January, with head coach Erik ten Hag concerned by his lack of options heading into the second half of the campaign.

Osimhen is thought to be a long-term target for the club.

The 23-year-old has scored 38 goals and registered 12 assists in 76 appearances for Napoli since joining the Italian giants from Lille in September 2020.

Osimhen has been in strong form for the Italian giants this term, meanwhile, scoring 10 goals and registering three assists in 14 appearances in all competitions.

The Nigeria international is thought to have been identified as a leading target for the 20-time English champions, who are expected to spend big on a new centre-forward in 2023.

However, according to Sky Deutschland, Man United have made it clear that they are not prepared to meet Napoli’s £86m asking price.

German journalist Florian Plettenberg claims that the English side are attracted by Osimhen’s ‘speed and physicality’, and they believe that he is ready to move to the Premier League.

According to Italian journalist Fabrizio Romano, Napoli have made it clear that the Nigerian will not be allowed to leave the club in the middle of the campaign.