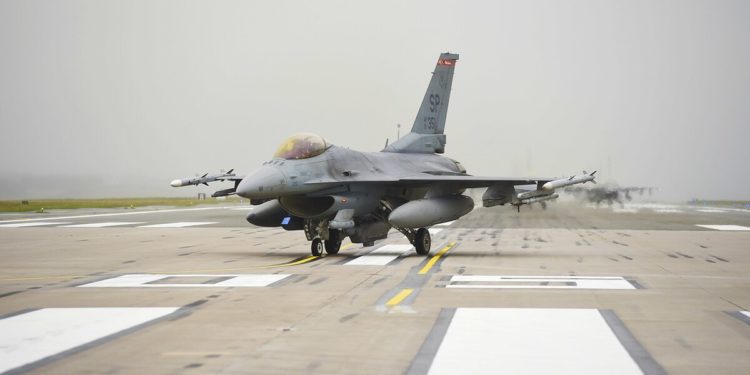 A US air force F-15 aircraft based in the UK crashed into the North Sea off the coast near Middlesbrough on Monday morning while on a training mission.

The status of the pilot onboard is unknown following the crash, which happened on a routine training mission at about 9.40am. UK search and rescue teams were being deployed to try to locate the pilot.

The pilot and plane are part of the 48th Fighter Wing stationed at RAF Lakenheath, 25 miles north-east of Cambridge, home to the largest US airforce base in England.

A statement from the 48th said the causes of the accident were not yet known.

The jet involved is an F-15C, a single-seater version of the long-established Boeing twin engine fighter, which has been used by the US air force since 1979.

The coastguard said it received reports of a plane going down into the sea 74 nautical miles off Flamborough Head on the Yorkshire coast. “The HM Coastguard helicopter from Humberside has been sent along with Bridlington and Scarborough RNLI lifeboats,” a spokesman added.

The 48th Fighter Wing, which has operated from Lakenheath since 1960, has more than 4,500 “active-duty military members”. Its mission statement is to “provide worldwide responsive combat air power and support”.

In October 2014, an F-15D fighter jet based at Lakenheath crashed in fields near Spalding in Lincolnshire. The pilot ejected safely, suffering only minor injuries, and no one on the ground was hurt.