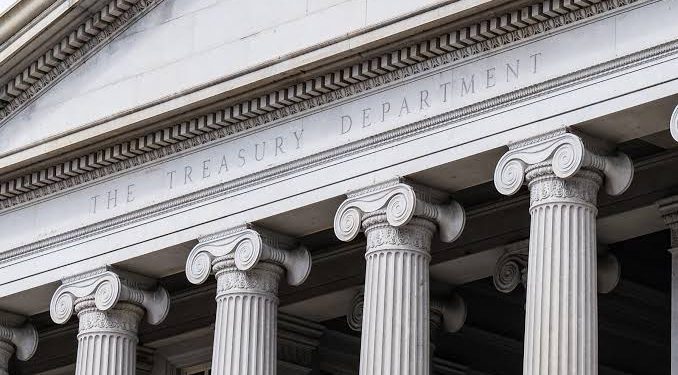 The U.S. Treasury Department announced sanctions against crypto-ransomware attacks. The Russian cryptocurrency exchange, Suex became the first to come under the regulatory foot for helping facilitate and launder transactions from allegedly eight ransomware variants “for their own illicit gains.”

The Department highlighted that the first sanctions designation against a virtual currency exchange has been executed with assistance from the Federal Bureau of Investigation (FBI).

The Czech Republic exchange, SUEX operates out of its shops in Moscow and St. Petersburg. According to Chainalysis, the Exchange has received deposits in Bitcoin from several ransomware groups in exchange’s 25 different deposit addresses. With the credited amount of over $481 million in Bitcoin, SUEX has been accused of accepting nearly $162 million out of the total Bitcoin balance from ransomware operators including Ryuk, Conti, and Maze, cryptocurrency scam operators, darknet markets, and high-risk exchanges.

“Virtual currency exchanges such as SUEX are critical to the profitability of ransomware attacks, which help fund additional cybercriminal activity…Analysis of known SUEX transactions shows that over 40% of SUEX’s known transaction history is associated with illicit actors. SUEX is being designated pursuant to Executive Order 13694, as amended, for providing material support to the threat posed by criminal ransomware actors.”, the U.S. Treasury Department stated in the Press Release.

The department did not take an absolute anti-crypto stance. It stated that most virtual currency activities are legal in nature. However, there remains a flip side to it, where virtual currencies are misused for illegal activities from sources such as peer-to-peer exchangers, mixers, and exchanges.

“This includes the facilitation of sanctions evasion, ransomware schemes, and other cybercrimes. Some virtual currency exchanges are exploited by malicious actors, but others, as is the case with SUEX, facilitate illicit activities for their own illicit gains.”, according to the department.

The U.S. Treasury Department also revealed the out of mentioned designations in the report. It stated that “all property and interests in property of the designated target” under the U.S. jurisdiction are blocked. Furthermore, U.S. citizens are also prohibited from engaging in transactions with them.

The department clarified that “any entities 50% or more owned by one or more designated persons” are also banned from operating in the US. Additionally, financial institutions and or individual retailers engaging in illicit activities with the sanctioned entities could, in turn, be exposed to sanctions or enforcement actions.