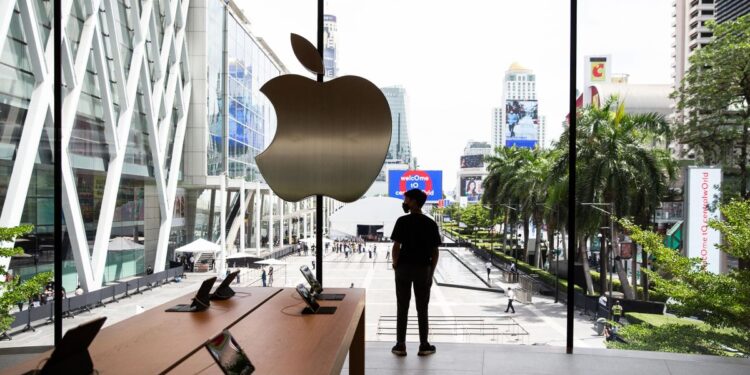 Apple users are still awaiting the unveiling of the iPhone 12, after the tech giant introduced only new iPads, Apple Watches and a new services bundle at its virtual event last week.

Wall Street analysts are betting that Apple (AAPL) will hold another event to introduce the next iPhone in coming weeks, with the new devices hitting shelves some time in mid-October. During the company’s most recent earnings call in July, executives acknowledged that the new iPhone would go on sale several weeks later than last year’s late September sale date.

That’s left more time for Apple fans to obsess over what features the newest iPhone may contain. Expectations are high — the iPhone 12 could prompt a “supercycle” of device upgrades, analysts say, as users clamor to get what is widely anticipated to be the first 5G iPhone.

Here’s what else analysts predict users may see from the new iPhone:

So, we are getting a 5G iPhone, right?

Analysts think the answer to that question is a resounding yes.

This will be a big deal for Apple, which is late to the 5G phone game, trailing competitors including Motorola (MSI), Samsung (SSNLF) and others that have released 5G devices. Wedbush Securities analyst Dan Ives estimates that roughly 350 million iPhones could be upgraded within the next year to 18 months. While many consumers have been keeping their phones longer before upgrading to a new device, connection to the faster, next generation wireless networks would be a big selling point.

But, it’s possible that not all models of the iPhone 12 will connect to the fastest 5G networks.

The basic iPhone 12 model may connect only to low- and mid-band 5G networks (which are faster than 4G networks but don’t bring the superfast speeds 5G is known for), while the higher-end models will likely connect to the very fastest “millimeter wave” 5G networks, according to Moor Insights and Strategy analyst Anshel Sag. That’s because connecting a phone to the fastest 5G networks requires additional parts, making it more expensive to produce.

“I would be shocked if they came out with millimeter wave just for the base model,” Sag said.

Bank of America analyst Wamsi Mohan said Apple may even choose to make only the highest end iPhone 12 connect to millimeter wave 5G.In any case, Apple will likely release US- and non-US versions of the 5G iPhones, according to Wedbush’s Ives, since network technology can vary from country to country.

What if I don’t care about 5G?

DA Davidson’s Forte said he thinks the lowest-price option in the iPhone 12 lineup released this fall could be a 4G model. Others, including Ives and Sag, said a new 4G iPhone is more likely to hit the market in the first half of next year, at a lower price point than its 5G counterpart.

How many models will there be?

Apple typically releases multiple versions of each new iPhone (last year there were three). Analysts expect that this year, Apple will unveil either three or four versions of the iPhone 12.

Ives has written that he expects to see four iPhone 12 models, including one with a larger, 6.7-inch display.

If Apple does release four models of the new iPhone, one of them could also be the smallest iPhone Apple has produced, both Sag and Mohan said.

“There’s a pretty large audience that continues to gravitate towards the smallest iPhone,” he said. “It’s really just a question of whether Apple thinks the market is big enough to make it worth it.”

How much will I be shelling out?

“Pricing is always the biggest unknown when it comes to Apple,” Mohan said.

Last year, the iPhone 11 (starting at $699) was Apple’s cheapest new smartphone since the iPhone 8.

This year, the price of the highest-end iPhone 12 model will likely go up by around $100, to account for the cost of adding the superfast 5G connectivity, Mohan said. As for the lower-end models, multiple analysts agreed that Apple is likely to try to keep the prices relatively consistent with last year.

However, DA Davidson’s Forte also noted that after releasing the lower-priced iPhone SE earlier this year, the company may not feel the need to offer a bargain version of the 12 this fall.

What else will I get?

When it comes to battery life, most analysts don’t expect any major changes.

However, Mohan said that in the highest-end version of the iPhone 12 — expected to be the largest model and have millimeter wave 5G connectivity — Apple may use that extra space to beef up the battery. Connecting to the fastest 5G networks could be a battery drain, and this would help boost the value of the device.

As for the camera, Apple is expected to include a LiDAR sensor on the camera module of at least some iPhone 12 models, as it did with the iPad Pro earlier this year. The feature would improve camera focus in dark rooms, and make artificial reality services “much more accurate and useful,” Sag said.

Forte added that the iPhone maker may also integrate new video capability, a feature that could capitalize on the new 5G connectivity.

There are also rumors about a high-refresh-rate screen, which would make the phone seem significantly faster.

One thing iPhone 12 buyers may not get: A charging block. Since most iPhone owners already have the block that plugs into the wall, several analysts said they think Apple may ship the new iPhone with only a charging cord. It could be an environmentally friendly move, and save Apple a few dollars per iPhone.

“It just goes to show how much cost pressure is on the business when you’re trying to incorporate new features,” Mohan said. “Where are you going to cut costs and not upset a consumer? This could be one of those instances.”