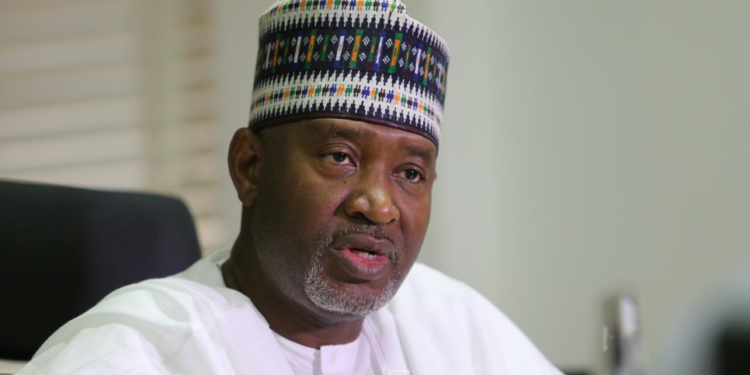 The Federal Government on Thursday gave reasons Ethiopian Airlines was chosen as the preferred technical partner.

Minister of Aviation, Senator Hadi Sirika, who disclosed this at a briefing in Abuja, said apart from being one of the biggest and most efficient airlines in the world, Ethiopian Airline was the only airline that responded to its requests for expression of interest and fulfilled all the stipulated conditions laid down by Nigeria to be picked.

He also explained that other airlines ignored Nigeria to join hands with it to float a national carrier, despite the fact that he personally went to such airlines and met with them at several air shows and international aviation forums to convince them to partner with the country.

Besides, Sirika pointed out that Ethiopian Airlines had proven to the world that it was not only efficient and prosperous by registering over $1 billion profit after tax, even in the wake of COVID-19, but had also continued to flourish, despite the challenges in the aviation sector globally.

He said: “We did not cede Nigeria Air to Ethiopian Airlines. It is the only airline in the world that made $1 billion profit, even during COVID-19 pandemic. It is the most prosperous, efficient and leading airline on the African continent and it was the only airline that responded to our request for partnership to run the airline after many months of advertisement of expression of interest.

“Even after some interested persons asked Nigeria to extend the time of EoI and we did, none of them showed interest. Despite the fact that officials of the ministry of aviation, led by me, personally visited some of the leading airlines across the world and pleaded with them to take up the partnership with Nigeria to set up the airline, none of them signified interest except Ethiopian Airlines.

”It has been allotted 49 per cent shares, while Nigerian institutional investors take up 45 per cent and the federal government will take up only five per cent.

“The choice of Ethiopian Airlines is good for Nigeria and it is in line with the African Union Agenda and spirit and to take advantage of the over 1.2 billion population in Africa. Our desire is for Africa to come together and lead the African aviation market through our new partnership with Ethiopian Airlines.

“The partnership will also reduce cost of operations and air fares for Nigerian and African air travelers as opposed to the current situation.

“Contrary to what people think, let it be known that Ethiopian Airlines emerged as the preferred partner of Nigeria Air through a transparent and credible process that cannot be faulted because we want the project to succeed so that Nigeria can have an airline that does not suffer the fate of the former Nigeria Airways,” Sirika said.

The minister also announced that going forward, all airports in the country must be built and operated in accordance with the Aviation masterplan that had been developed in order to avoid chaotic situations that had already sprung up in many of the airports, including Lagos International airport, where many structures have already been marked for demolition in overall public interest, despite the cost involved.

Regarding the Murtala Mohammed International Airport in Abuja, the minister said the entire stretch from Bill Clinton Way through Gwagwalada had been captured under the Abuja Airport Masterplan and that any development that didn’t fit into the masterplan would be demolished.

He cautioned individuals and entities currently carrying out development project along that stretch, measuring about 12,000 hectares of land, to pause and await further information to avoid demolition.

Asked to pinpoint what the Buhari administration had recorded as a major achievement in the aviation sector, Sirika listed the strengthening of institutions in line with International Civil Aviation Organisation, ICAO, and global best practice and polices that delivered safe, strong and efficient industry as Buhari’s greatest achievement between 2016 and today.

He also warned international airlines operating in Nigeria to respect the country’s sovereignty, dignity and honour in their operations under the Bilateral Air Services Agreement, BASA, they signed with the country and not to threaten it at random because of the delay in repatriating their funds.

He said those airlines needed Nigeria just as Nigerians needed their services, asking them to show respect, patience and understanding with Nigeria, which had promised to clear the backlog of the accrued funds before the end of the year.