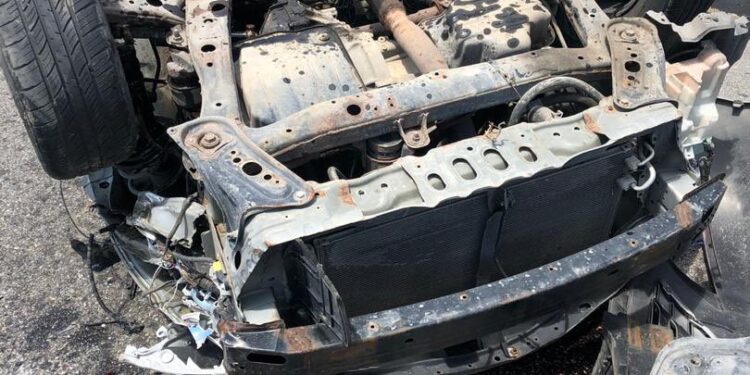 A car crash has occurred, Sunday morning, after a female driver collided her vehicle with a stationed car along the Lekki-Ikoyi Bridge.

According to the Lagos Emergency Management Agency (LASEMA), the woman had been rushed to a nearby hospital prior to the arrival of the response squad.

“The sole occupant was a female driver who had been rushed to the nearest hospital prior to the arrival of the response squad.

“The overturned vehicle has been removed from the road to ensure smooth traffic flow of vehicles.”