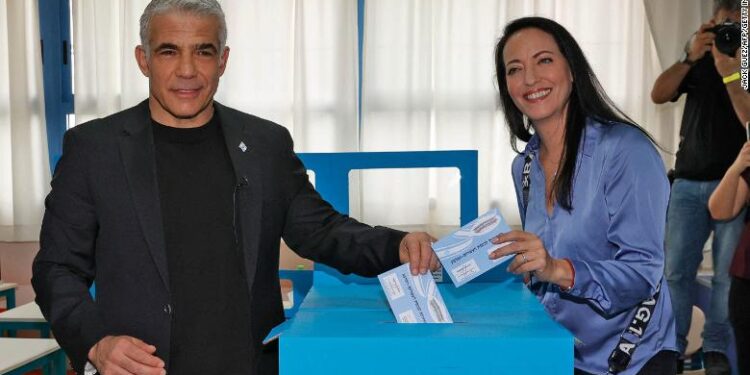 Centrist lawmaker Yair Lapid has been tasked with trying to form a new government in Israel, after longtime Prime Minister Benjamin Netanyahu was forced to admit failure in his efforts to reach agreement with potential coalition allies on Tuesday night.

Lapid, whose Yesh Atid party came second in the March 23 election to Netanyahu’s Likud, received the mandate Wednesday evening from President Reuven Rivlin. After consulting with all the parties in parliament, Rivlin said: “It is clear Member of Knesset Lapid has a chance to form a government that will get support in the Knesset, although there are considerable difficulties.”

The Yesh Atid leader now has four weeks to try to put together a coalition of parties from the far-right to the left, including, most likely, support from some Arab lawmakers.

“A unity government isn’t a compromise or a last resort — it’s a goal, it’s what we need. We need a government that will reflect the fact that we don’t hate one another. A government in which left, right and center will work together to tackle the economic and security challenges we face. A government that will show that our differences are a source of strength, not weakness,” Lapid said in a statement released immediately after receiving the mandate.

His primary task will be to convince former Defense Minister Naftali Bennett and his right-wing Yamina party to agree to join the coalition.

By way of enticement, Lapid has already offered Bennett a rotating Prime Ministership, in which the Yamina leader would go first.

Up to now, Bennett has said his preference would be for a right-wing administration, but he has not ruled out taking part in a unity government.

Rivlin said Bennett had told him he was looking for a “broad and stable government.” Bennett did not rule out forming a government with Lapid, the President added.

In an important remark, Rivlin also indicated that while Lapid now had the mandate, he would still be able to go second in any rotating Premiership deal he might succeed in striking.

Netanyahu remains Israel’s Prime Minister until any new government is agreed and sworn-in.