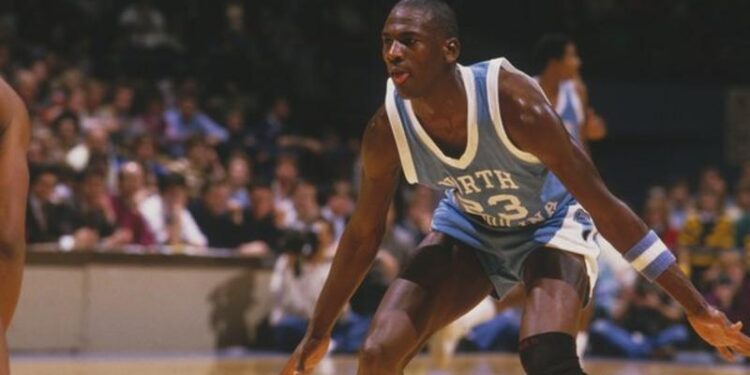 A game-worn jersey belonging to Michael Jordan from his second season at the University of North Carolina sold for a record $1.38m (£1m) on Saturday.

It is the only known shirt photo-matched to the basketball legend’s 1982-83 season with the Tar Heels.

It sold for more than three times the previous record for a Jordan jersey.

“As the final price tag proves, this jersey has everything any serious collector could possibly want,” Chris Ivy of Heritage Auctions said.

From the University of North Carolina, Jordan was taken as the third pick in the 1984 NBA draft.

Jordan won six NBA championships in the 1990s with the Bulls and established himself as one of the world’s most iconic athletes.

Items associated with the basketball Hall of Famer, who now owns the Charlotte Hornets NBA franchise, have fetched huge sums of money.

A pair of game-worn Air Jordan 1s High, replete with an embedded shard of glass from a backboard shattered by a particularly powerful Jordan dunk, sold for a record $615,000 (£460,000) at Christies in August 2020.

'They threatened to kill my sister and post it on YouTube,' says brother of abducted Nigerian student as ransom deadline passes

Effect of the US Interest Rate Hike on Nigerian Economy