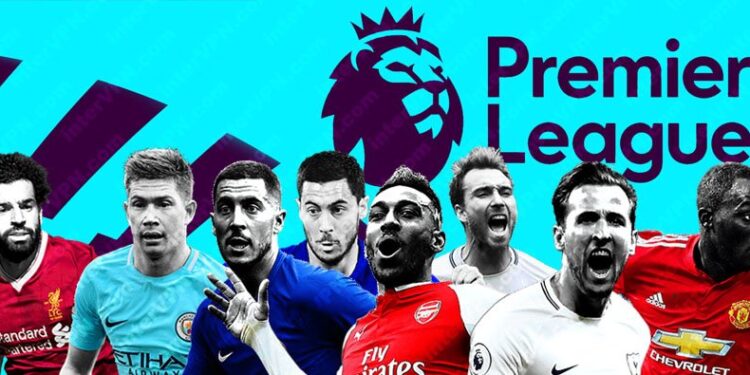 It’s no longer news that Liverpool have emerged champions of the ongoing 2019/2020 season in the English premier league, even though after that, they suffered a very humbling mid-week 4 nil defeat at the Etihad stadium in the hands of outgoing champions Manchester City.

Liverpool got their chance at redemption immediately and  they have quickly bounced back at an home game at Anfield against the relegation threatened Aston Villa  winning the match 2 nil with two late goals from Sadio Mane and Curtis Jones.

Liverpool have since played 4 matches since the restart, with a goalless Merseyside derby against rivals Everton, two wins against Crystal palace and Aston Villa and that famous defeat against Mancity.

Last four fixtures for Liverpool includes winnable game against Brighton on 8th July 2020, Burnley, followed by an away fixture at the Emirates against Arsenal and a final game at home, at Anfield where they would be presented their EPL trophy.

Manchester City resumed the EPL season after the restart with a quick 3 nil win at the Etihad stadium against Arsenal, followed by a 5 nil thumping of Burnley, and then a 2-1 humbling loss to Chelsea at the Etihad, which ensured that Liverpool ran away with the league title.

City quickly got back to winning ways with a 0-2 away win over Newcastle at the sport direct stadium.

Pep’s Manchester city gave us a show of some sort at their last week’s mid-week match against Liverpool, it was a 5 star performance from the dethroned champions against the newly emerged champions, before the game at the Etihad, the City players gave a guard of honor to Liverpool, but the honor ended there as the score line after 90mins was nothing close to honorable as Liverpool were outplayed and outclassed and they fell down to a very humbling 4 nil defeat.

The Cityzens followed that performance up with a disappointing 0-1 defeat at St. Mary stadium in the hands of Southampton. Mancity tried to get back into game but it was never their day, they directed 26 shots on the Saints goal, the most by an away side this season, City slipped to a third successive away defeat and are second on 66 points. The Southampton win ensured that they climb up the table to 13th with 43 points, and their premier league status looking secured already.

Summarily, Man City, have played 6 games since the restart and have won 4 and lost 2 with no draws scoring 15 goals and conceding 3 in the process.

Kevin de Bruyne and Raheem Sterling have been the players in form for City since the re-start, De Bruyne has captained the side a lot since the restart and has been on the score sheet 3 times, Sterling has also been in the goals 3 times.

Manchester City’s possibility of having a shot at Champions league football next season is subject on the verdict of The Court of Arbitration for Sport (CAS) which is expected to announce its decision on their appeal against their two-year European ban in the first half of July.

Chelsea bounced back to winning ways with a very convincing 3 – 0 win against Watford after a disappointing loss last midweek to fellow Londoners, West Ham. With the win, they have boosted their chances of securing a place in next season’s Champions league.

Chelsea got up to start quickly with a 28 minutes goal from the French man Olivier Giroud who has since fallen down the pecking order in term of striking options for Frank Lampard’s team at Stamford bridge. Giroud fired a shot in a left-footer into the bottom corner having received a well-timed through ball in the middle of the opposition box from Ross Barkley.

The second Chelsea goal was a well taken penalty kick from Willan who has never missed a PK for Chelsea, the final Chelsea goal came from Ross Barkley with an assist from captain Caesar Azpillicueta.

Struggling Watford never looked the part and didn’t pose any kind of threat for Chelsea throughout the game, and they are just a point above the drop with 5 games to play, with their last two league games been Mancity at home and away to Arsenal at the Emirates.

Chelsea have moved up to 3rd on the log with 60 point after Tuesday 2-3 away win at Selhurst park, home of fellow Londoners Crystal Palace.

Chelsea have 5 more games to play with a weekend trip to Sheffield United up next and a date at home to Norwich, followed closely by two very crucial away  game fixtures with the first one at Old Trafford to Manchester United, and at Anfield to Liverpool

Last game of the season for the Blues comes up on the 26 July at home at the Bridge against another top 4 hopeful Wolves.