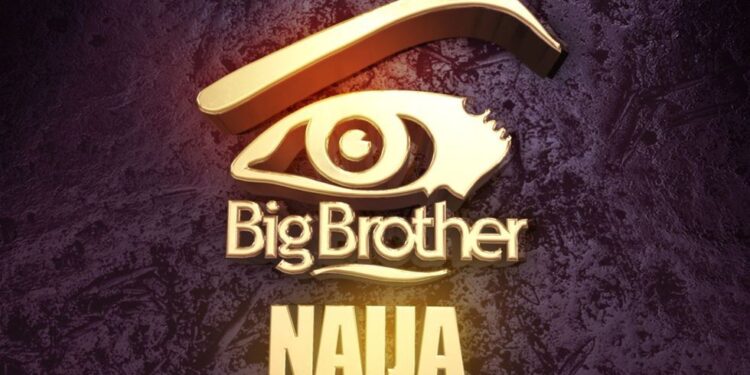 Kaisha, Neo, Trikytee, and Wathoni were the 4 housemates up for possible eviction this week as they all had the lowest votes.

Unlike the past weeks, only one housemate left this week. Kaisha was voted out by the housemates who had to vote out at least 2 housemates from the bottom 4.

Kaisha said she was good and fine even though the housemates did not like her. When asked about Neo, she said she liked Neo at first and that she was ready to crash the Neo & Vee ship.

This Sunday eviction had some surprises, the first one being that Neo got the lowest votes from viewers and could have left the house if the housemates didn’t have the final say on who leaves the Big Brother House.

The second was seeing Brighto in the bottom 7. It is safe to say that this year’s Big Brother is so unpredictable.

How the fans voted;

It was a action-packed week in the Big Brother House with fights between the housemates and among the ships in the house.

Erica celebrated a triumphant win in the Head of House games and chose Kiddwaya as her Deputy. Their reign has been pleasant, though at times did draw certain criticism from the other housemates for their handling of certain sensitive situations.

Erica and Lucy had a fall-out after Lucy made a statement about Kidd being the head and Erica the neck, a statement that didn’t sit right with Erica. They had exchange of words but later settled their differences.

There was also a tiff between Erica and Wathoni over Wathoni’s attitude towards her because of Kiddwaya. Wathoni’s nonchalant attitude during the banter infuriated Erica so much she asked her to take Kidd as she can’t be fighting over a guy.

Kaisha is seen as a calm, collected, and somewhat distant Housemate up until this blow out with Nengi thrust her into the spotlight. Though she had a tiff with Lucy the first week but she went back to being her usual quiet self after that until the disagreement with Nengi on Saturday morning about a kettle full of hot water turned into a screaming match so intense it crossed into three rooms and lasted nearly a half of an hour. Neither lady backed down for a moment and the highlight had to be Kaisha taking a break in the middle of the war of words to joyfully dance around.

The two eventually settled their differences after the Saturday party as we saw Nengi telling Ozo that she went to make peace like he advised her to and he responded by telling her that he will love her until the day he dies. We are watching these two closely.

Kaisha and Nengi also received final warning from Big Brother for their tiff on Saturday morning.

We witnessed some tension between Neo and Vee after the Saturday party, the both even slept in separate beds after a long time of sleeping together in same bed for weeks now and today, it became something more.

Today, we witnessed a tiff between Vee and Neo and as time moves on we are told Neo’s side of the story. He feels that Vee has been unfair towards him particularly when he was sick and needed to eat, he caught flack from Vee for eating without him. From Vee’s side, what we have heard so far is that Neo was disrespectful in telling her to ‘Fuck off!’ in public, she also told Neo in no uncertain terms that if he does that to her in public again, she would ‘Call it off’. Neo maintained that he tried to maintain peace with Vee in multiple ways, bending over backwards for her much for her every day.

The fight took place this morning in the hair salon where Praise asked Neo not to confront Vee in the salon. He worked his way back and forth between the couple, asking that they do not fight here in the salon, at some point telling Vee that in this situation, Neo was merely a salon person here to support.

Neo eventually went to seek advice from some of the other Housemates.

As soon as the words had been exchanged between the two outside the salon, Neo made his way to the changing rooms where he found Ozo and retold the story. Ozo said that Neo should be the bigger man, after agreeing with Neo that she was definitely in the wrong.

While Neo was outside chatting to Laycon and Kiddwaya, Kiddwaya gave his own advice. Besides saying that Vee was a British girl and that mentality made her a little different. He also said that Vee as so used to Neo treating her so well that when Neo did something small, she wouldn’t like it.

Laycon also had a few words for Neo and told Neo that in a relationship, there are two people involved and sacrifices need to be made in order to make sure that the relationship is solid. Laycon also told Neo that it sounded like there were underlying issues and it could not only be about soup, swearing and sleeping in Trikytee’s bed, and that’s what he thought needed to be addressed.

After listening to Neo for a while, Nengi asked if there were underlying issues because that how it seemed. Neo avoided the issue, telling Nengi that he thinks it’s the issue of telling Vee to ‘F off’. At this point, Vee called Nengi and that conversation ended there. Nengi made her way to where Vee was to talk to her friend.

Through the day, Vee had multiple discussions with many of the girls, who eventually convinced her to extend an olive branch. Which she did by leaving a note for Neo while he slept, with their help.

Though we know there was an issue with food, it was later revealed that Vee was very upset by the fact that Neo swore at her and proceeded to sleep somewhere other than the bed they have shared for weeks. She thought it was very disrespectful and had he just come to bed like she expected him to, they could have sorted everything out, but Neo rather, made things worse.

Though we did not hear the end of the conversation due to Diary Sessions, the two seemed to make up as when Neo went into his Diary Session, he requested something special for Vee’s birthday in the form of a card and some flowers. 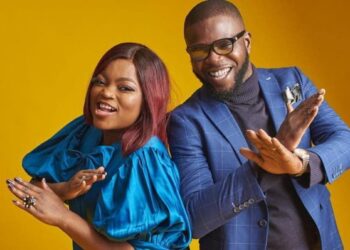