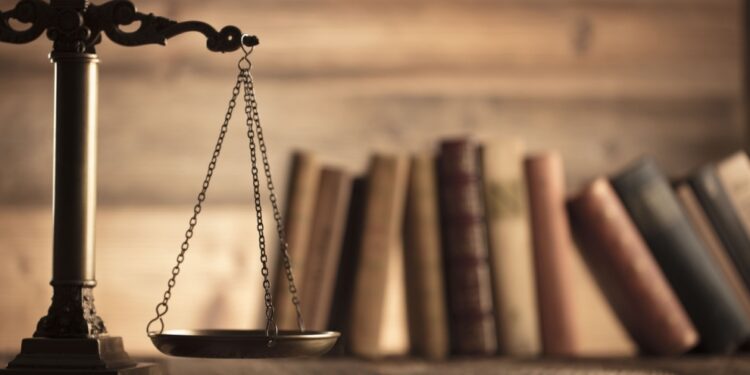 The Federal High Court sitting in Abuja has granted an order stopping the National Assembly from screening and confirming the nomination of Ms Lauretta Onochie and Chief Samuel Ogbuku.

The duo were to be screened and confirmed as respective chairman and Managing Director of the Niger Delta Development Commission.

The presiding judge, Justice J. K. Omotosho, instructed that all actions on the matter be suspended pending the determination of the suit.

Among other things, the originating summons marked FHC/ABJ/CS/2294/2022 is seeking a restraining order on the National Assembly from screening and confirming the duo.

The plaintiffs, Chief Edward Ekpokpo Esq., and Victor Wood who are both representing the Itsekiri Leaders of Thought and Mr Edward Omagbemi who is presenting Omadino Unity Forum all on behalf of the Itsekiri ethnic nationality are challenging the nomination on the grounds that it is the turn of the Itsekiri nationality to occupy the positions.

The first to sixth defendants in the suit are President Muhammadu Buhari, the Attorney General and Minister of Justice, Abubakar Malami; Senate President, Ahmad Lawan; the House of Senate, Mrs Lauretta Onochie and Chief Samuel Ogbuku.

The suit filed by Ama Etuwewe SAN & Co., demands that the provisions of the NDDC Act be followed in the process.

It maintained that it is the turn of the Itsekiri ethnic nationality to produce the NDDC board chairman and MD as the highest oil-producing community in Delta State.

Adjourning the matter to January 11, 2023, for further hearing, the presiding judge, Justice J. K. Omotosho, upon reading the affidavit and hearing the counsel to the plaintiff, declared

“That leave is hereby granted to the plaintiffs to serve the 5th and 6th defendants with the originating processes in this suit by substituted means to wit by advertising the processes in at least one national newspaper circulating within the jurisdiction of this to court and to deem the same as proper service.

“That an order is hereby made that no party in this suit shall take any step or act or action that may make the outcome of the pending motion on notice for injunction Dated and filed December 12, 2022, nugatory.

“That any act or step or action taken in this order to make the outcome of the said motion on notice dated and filed December 12, 2022, nugatory shall be a nullity.”