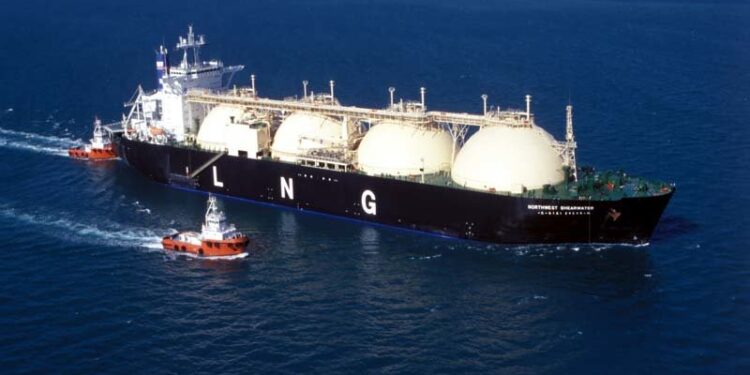 The nation’s gas exports have picked up from the COVID-19 pandemic, rising for the fourth straight month in July to 115.71 billion cubic feet, the highest level in more than a year.

Nigeria, which has the largest gas reserves in Africa and the ninth-largest in the world, exports gas mainly through the Nigeria LNG Limited, the West Africa Gas Pipeline, and the Escravos Gas-to-Liquids.

The country is among the top 10 largest exporters of liquefied natural gas in the world, with a capacity of 22 million tonnes per annum.

Its total gas exports tumbled to a record low of 87.28Bcf in March amid the sharp drop in global oil prices and demand, from 110.71Bcf in February and 114.96Bcf in January.

The international oil benchmark, Brent crude, had slumped to as low as $15.98 per barrel in April from $70 per barrel in January, but has been trading around $40-$45 per barrel in recent months.

The collapse in crude oil price added to pressure on the LNG prices, some of which are linked to oil.

Gas exports, however, rose to 99.45Bcf in April, 103.17Bcf in May, and 114.07Bcf in June, according to data obtained by our correspondent from the Nigerian National Petroleum Corporation.

The Group Managing Director, NNPC, Mallam Mele Kyari, said in March that over 12 LNG cargoes were stranded in the market globally, for the first time ever.

“The LNG cargoes are stranded with no hope of being purchased because there is abrupt collapse in demand associated with the outbreak of coronavirus,” he had said.

The Managing Director, NLNG, Mr. Tony Attah, said last week that the drop in crude oil prices to a 21-year low on account of increased supply, coupled with very low demand due to the general disruption in manufacturing activities and aviation, worsened the glut in the LNG market.

He, however, noted that the market had rebounded slightly since oil prices stabilised around $40 per barrel and governments had eased lockdown measures significantly.