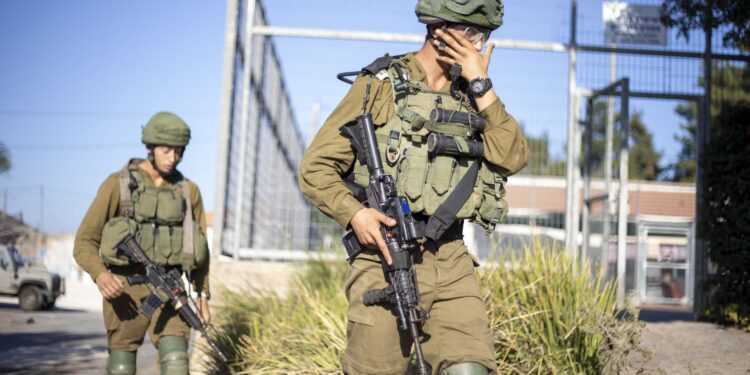 The Israeli military said a there was a “security incident” on Israel’s northern border with Lebanon on Monday and ordered residents in the area to remain indoors.

Israel’s N12 TV News reported an exchange of fire between Israeli forces and fighters and said explosions were heard in the area.

“Following the security incident in the Mount Dov area … residents are asked to stay in their houses. Any kind of activity in open areas is forbidden,” an Israeli army statement said.

The restrictions apply to “the residents of the area along the Israeli side of the Blue Line” that separates Lebanon from Israel, it added.

A resident of the town of Khiam, some 5km (2 miles) from Lebanon’s southern border, told Al Jazeera she heard about two dozen explosions and witnessed large columns of smoke rising near Mount Hermon.

Tension rose along the Israel’s northern frontier with Lebanon and Syria, including the occupied Golan Heights, after a fighter of the Lebanese group Hezbollah was killed in an apparent Israeli air strike on the edge of Damascus last Monday.