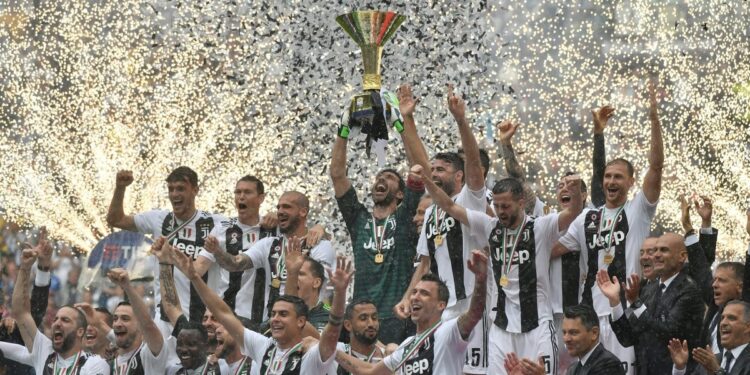 Juventus are Champions of Italy for nine consecutive seasons. This comes as no surprise as the Juve side are leading the table with 7 points ahead of second place Internazionale (Inter) Milan with two matches left to conclude the season. Since the restart, Sarri’s men had a scare as they were closing matches as well as they were dropping points while having won 6 matches, drew in 2 matches and lost 2 matches. They dropped points at AC Milan in a 4 – 2 thriller, in a 2 – 1 loss to Udinese, at home against Atlanta in a 2 – 2 draw and a 6 goal drama in a 3 – 3 draw with Sassuolo.

This is Cristiano Ronaldo’s Second Serie A Trophy since joining the Juventus. He scored the first goal in helping Juve clinch the title for the ninth time with 2 nil win at Sampdoria. However, he is in a distant second in the bid to win the Highest Goal Scorer in Serie A. In 2018, he was instrumental in the build up to wining the Supercoppa Italania.