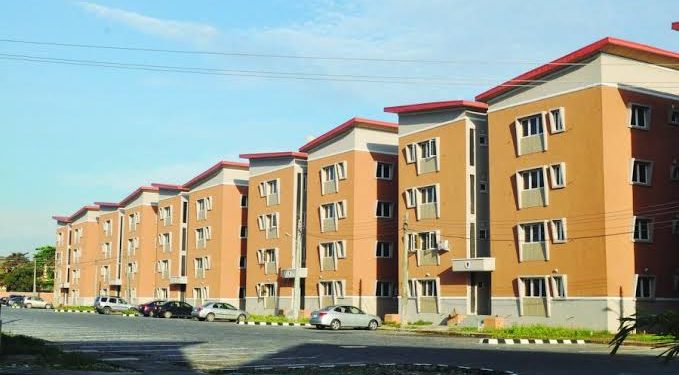 The Federal Government has appealed to Lagos State Government to provide land for the take-off of the present administration’s mass housing scheme in the state.

The Federal Controller of Housing in Lagos State, Mrs Margaret Adejobi, made the appeal in an interview, on Sunday in Lagos.

She said that the Federal Ministry of Works and Housing had explored various means to ensure immediate take-off of the mass housing programme in Lagos State but was constrained by lack of land.

“It is only Lagos State that does not have any National Housing Programme of all the 36 states,” the federal official said, adding that efforts to get accessible land from the state government had not yielded desired results.

It was gathered that Rivers on Aug. 13 became the 35th state that had so far provided land for the federal mass housing programme in the country.

Adejobi said that Lagos State Government had in the past allocated a waterlogged land in Abijo near Epe, adding that the cost of sand filling the area would make the houses unaffordable.

“The demand for housing in Lagos is huge. We have contractors on the ground that if they give us the land today, we will start work immediately.

“Our minister and permanent secretary are really passionate about mass housing for Lagos State, ” she said.

Adejobi said that the ministry was also exploring other options to get suitable land for the immediate commencement of mass housing for residents.

She then appealed to government Ministries, Departments and Agencies (MDAs) to donate some of their vast parcels of land for mass housing for Lagos residents.

According to her, several MDAs have vast land not being put to use for decades which could make a huge difference if used for mass housing for Lagos residents.

“Ministries and agencies have landed property all over Lagos which are being encroached upon.

“If, for example, they have about 100 hectares of land which they acquired and need just about three to five hectares, there is no point holding onto all the land.

“Why not make use of the ones you need and give our ministry some, let us do this mass housing that we have been canvassing for,” the federal controller said.

Adejobi, who assumed office in Lagos last month, promised to collaborate with all stakeholders to make Lagos a better place.

“My vision really is to have a better Lagos, I am a town planner, in the environment sector. My target is to build on what my predecessors have done, to make Lagos State a better place,” she said.