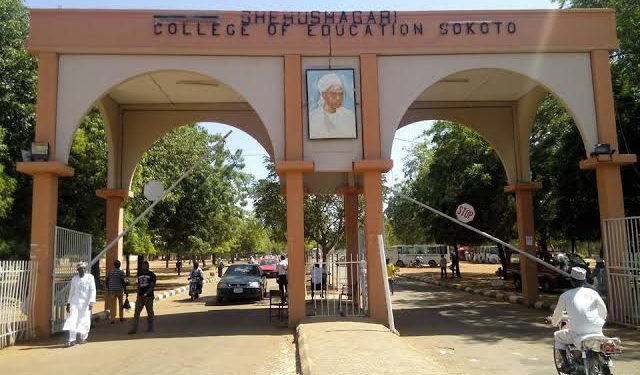 A cross section of Nigerians have called for justice for a yet-to-be-identified female student of the Shehu Shagari College of Education in‪ Sokoto State after she was mobbed and burnt by some students of the school for allegedly insulting Prophet Muhammad (SAW).

This is as the school’s management also directed the immediate closure of the school following the incident.

The incident was said to have taken place on Thursday morning. The female student, it was learnt, was beaten to death and subsequently burnt by Muslim students in the school for blasphemy.

A source who spoke to PUNCH confirmed that the deceased, named Deborah was alleged to have used blasphemous language.

“She (the deceased) was having an argument with some of her schoolmates over their ongoing examination and when she was asked how she managed to pass her exams.

“She was asked to withdraw the statement and apologise which she refused.

“The school security intervened, and took her to their post but they were overpowered by students after which she was killed in the process.

Nigerians who learnt of the incident are anguished and queried why such dastard act would happen in a controlled environment, an institution at that. Speaking on the social media, they demanded for justice for Deborah.

@aproko_doctor wrote, “Video of that female student murdered in Sokoto by a mob for “religious reasons” is proof that we have a long way to go in this country. Her murderers made a video about it, knowing that nothing will happen to them. They’d even be praised in certain quarters. The year is 2022.”

@SavvyRinu – “A female student was kïlled by her own people in Shehu Shagari College of Education, Sokoto today. According to them, she insulted the prophet. She was murdered in a school & the school authorities couldn’t intervene. What kind of country is this?”

@TheFavouredWoman – “A female student of Shehu Shagari College of Education in Sokoto has been reportedly beaten and burnt to death for ‘religious blasphemy.’ Video is gory and horrible. You hear news like this, and remember that this country’s issues are bigger than our economic woes.”

@FarooqKperogi – “Murderers of Christian Woman in Sokoto Must Be Arrested & Punished! I just watched a bloodcurdling video clip of a bunch of murderous, maniacal brutes murdering & burning a Christian woman at the Shehu Shagari College of Education in Sokoto because she allegedly blasphemed Islam.”

@AishaYesufu – “If you are one of those that lynch thieves just take this moment to know that you and those sokoto students who killed their fellow student are the same. Hope you use this as a mirror into your despicable acts. No one has the right in anyway whatsoever to kill another. No one!”

@mrmacaronii – “According to multiple reports, Deborah a female student of Shehu Shagari College of Education in Sokoto, accused of Blasphemy was killed and burnt. This is what happens when there are no consequences for actions in society. The government must wake up from their slumber!!”