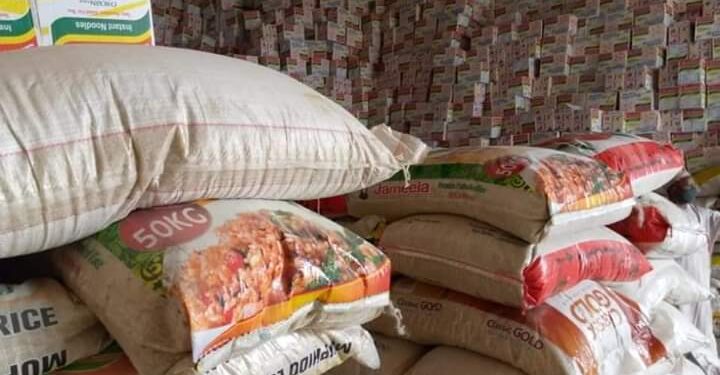 … Asks Residents to Cart Away Foodstuff

Residents in the Amuwo Odofin area of Lagos have, today, carted away several hundreds of foodstuffs, following an attack by hoodlums on a warehouse where COVID-19 palliatives were still being kept, seven months after the pandemic began.

The looting started as early as 8am, an eyewitness confirmed.

After the hoodlums gained entrance into the warehouse, they looted some COVID-19 palliatives, a resident in the area said.

It was learnt that the hoodlums later asked residents in the area to move into the warehouse and pick some palliatives.

One of the residents, Sherif Olaiya, said, “We heard sounds of gunshots. The hoodlums have attacked a place where COVID-19 palliatives are stored. They are asking residents to come and be picking the palliatives.”

When asked how he knew that the items are COVID-19 palliatives, he said, “They are branded.”

Photos and videos of the warehouse and the palliatives have since gone viral on social media.