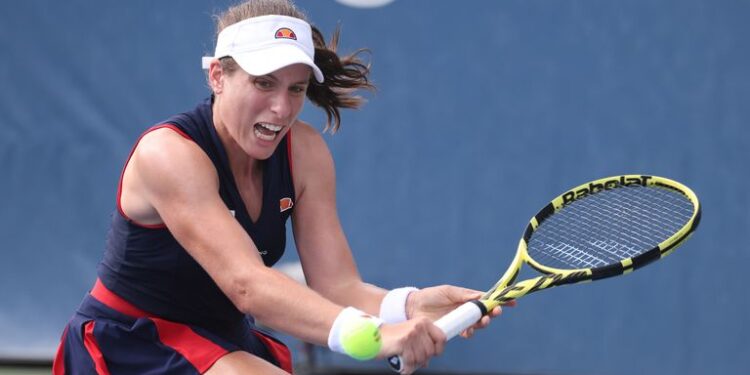 Konta had started in the front foot as she quickly stole a win the very 1st set winning 6-2, She broke Sorana early on and took advantage of that as she cruise to the win in the first set despite having her serves been broken back.

In the second set, Konta started it all like she started the 1st set but Sorana had other plans as she stood off Konta and the set headed into a tie which she eventually held on to take the set.

Konta’s elimination also means the end of participation of Britian ladies at the grand slam in New York.

In other 2nd round draws, last year’s quarter-finalist Donna Vekic, has also qualified to play in the 3rd round with a 6-2 6-1 victory over Patricia Maria Tig. She will face Tsvetana Pironkova, who stunned and dumped 10th seed Garbine Muguruza 7-5 6-3.

Pironkova only just made a return to the Open for the first tournament since Wimbledon 2017, after she took some time off from Tennis to start a family.

Amanda Anisimova shrugged a tension soacked match to come from a set down against fellow teenager Katrina Scott.