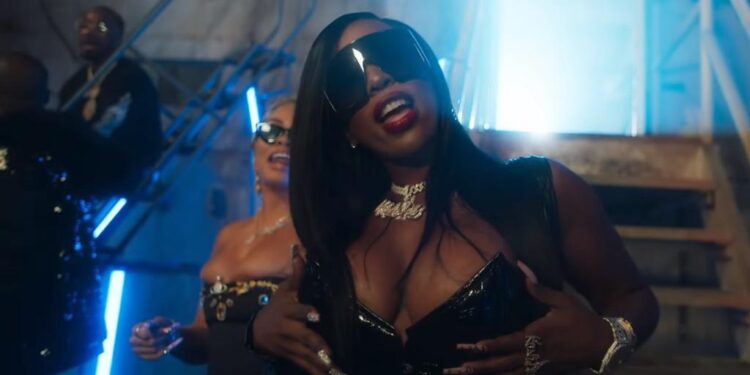 Kash Doll is no rookie when it comes to blazing the beats with her infamous Doll flow, she has created her own lane but simultaneously paid homage to the female artist that came before her and she supports other female rap artist.

The video which was released in November made an explosion to the fans, especially seeing the chocolate M.C. Kash doll on her throne with expense lights and snakeskin bra.

The American rapper is best known for her singles “For Everybody” (2017) and “Ice Me Out” (2018), the latter became the lead single from her debut album Stacked.

Kash Doll has collaborated with artists like Meek Mill, Big Sean and a lot more.

Yuletide: Lagos Courts To Go On Recess From Dec 24