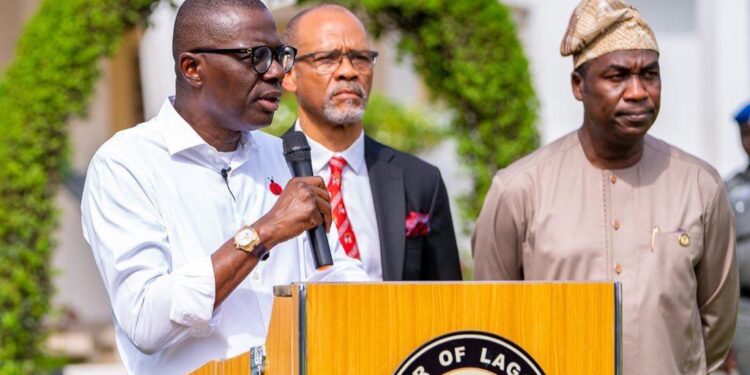 Gov. Babajide Sanwo-Olu of Lagos State says the government is achieving its vision of a state free from all forms of Sexual and Gender-Based Violence (SGBV).

Sanwo-Olu made this known on Friday while unveiling a book titled: “Living For a Higher Purpose”, written by the Executive Secretary of the Lagos State Domestic and Sexual Violence Agency (DSVA), Mrs Titilola Vivour-Adeniyi.

The governor who was represented by the Head of Service, Mr Hakeem Muri-Okunola, said his administration was working not only to curb domestic and sexual violence, but to ultimately eliminate it.

According to him, in the past three years, the state government has made significant gains in the war against domestic and sexual violence.

“Institutions have been strengthened to respond appropriately, policies have been formulated and introduced in ensuring we have to provide holistic care and support to survivors.

“We are also gradually ending the culture of impunity, as evidenced in the convictions secured by the Ministry of Justice.

“In simple terms, we are indeed, walking the talk. One of the individuals responsible for achieving my vision of a Lagos State free from all forms of sexual and gender based violence is the author we are celebrating today, Mrs Titilola Viviour-Adeniyi,” he said.

Reviewing the 13-Chapter book, the Deputy Vice Chancellor (Development Services), University of Lagos, Prof. Ayodele Atsenuwa, said that in spite the challenges faced by the Domestic and Sexual Violence Response Team (DSVRT), it had withstood the test of time through its transition into a full agency, approved by Gov. Babajide Sanwo-Olu’s administration.

Atsenuwa described the author as a merchant of hope, as the book gave hope and guidance to every determined public servant who meant to take steps towards improving the lives of ordinary citizens.

On her part, author of the book, Vivour-Adeniyi, said that the book was an inspiring story of celebrating individuals who had metamorphose from victims to survival.

She said that a lot of persons and institutions had in one way or another contributed to this and that was very rewarding for her.

The author commended the efforts of the past and current administrations in Lagos State for having the political will to fight SGBV as well as Non-Governmental Organisations, development partners, volunteers, security agencies and other stakeholders.