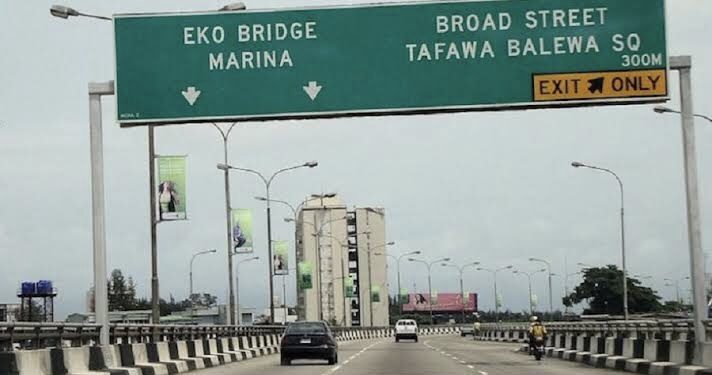 The Lagos State Government has opened its  diversion on Eko Bridge after a fire incident caused a breach and there was a need for rehabilitation works.

According to the Commissioner for Transportation, Dr Frederic Oladeinde, the State Government on Friday had announced the diversion of traffic from Ebute-Ero/Apongbon inwards Costain-Ijora-Olopa of the Eko Bridge from today, Saturday, November 5, 2022, to allow for emergency rehabilitation work.

Oladeinde added that Ijora Olopa (by LAWMA Headquarters) through Eko Bridge to Costain will also be open to motorists from Monday, November 7, 2022.

Some parts of the bridge under Eko Bridge at the Ijora-Olopa section which damaged in the fire incident that occurred in the early hours of Friday.

Oladeinde in a statement  had highlighted the alternative routes, explained that the diversion will allow the Federal Ministry of Works to carry out a comprehensive integrity assessment to ascertain the level of damage caused by the fire incidence for the safety of motorists.

“In line with this development, motorists are advised to navigate their destinations using Ebute Ero to Police Post through Adeniji-Adele Bridge to access Carter (Idumota) Bridge to Ijora Olopa to Ijora Oloye to Iganmu through Costain to continue their journey,” Oladeinde said.

He also said Alagomeji can be used to access Murtala Mohammed Way through Oyingbo to Iddo to Ijora Olopa through Ijora Oloye to Iganmu and Costain to connect the desired destinations.

Assuring that the State Traffic Management Authority, LASTMA, has been deployed along the alternative routes to minimise inconveniences, Oladeinde stressed that “the state government is fully committed to ensuring the safety of the commuting public within the metropolis