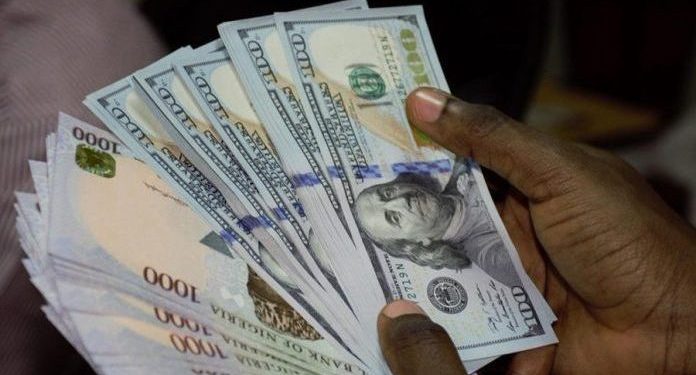 The Naira appreciated against the United States Dollar at the black market for the first time in a while by N7 or 0.79 per cent to trade at N885/$1 on Sunday compared with the N892/$1 it was sold on Friday.

The strengthening of the domestic currency at the unauthorised segment of the foreign exchange (FX) market today was influenced by a moderation in speculative activities in the parallel market.

Some days ago, the Central Bank of Nigeria (CBN) announced that it would redesign the higher Naira notes, precisely N200, N500, and N1,000.

This forced hoarders to rush to the parallel market and bypass the banking system to change their stashed funds into Dollars.

Business Post reports that most of these hoarders were willing to exchange the Naira at any rate as long as they got the greenback in exchange.

However, the scarcity of forex in the country has made this very difficult, giving room for speculators to fix prices at will.

It was observed that last Friday, some customers bought Dollars above N900 at the black market, but the average price for the day stood at N892/$1, which was what this newspaper reported.

It is not certain if the Naira will further gain strength at the market window on Monday.