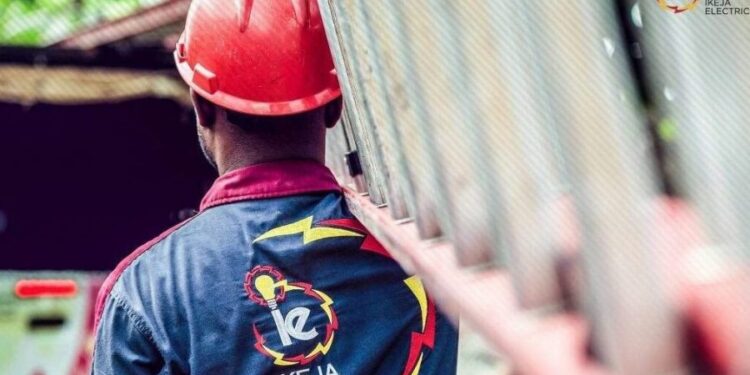 A technician with the Ikeja Electric, Adebowale Ogunbanwo, has been electrocuted in the Dopemu area of Agege, Lagos State.

It was gathered that the technician was working on a high-tension transformer on Oke Street when power was suddenly restored in the area, as he was electrocuted.

The 40-year-old was said to have fallen from the transformer and landed on a container, smashing his skull in the process.

In a bid to rescue Ogunbanwo, it was learnt that residents rushed him to the Orile-Agege General Hospital, where a doctor on duty confirmed him dead on September 7, 2021.

A resident, who gave his name only as Adesoji, said some staff members of the power distribution firm were on duty at the time and had disconnected power in the area.

He noted that Ogunbanwo, who was not part of the team, took advantage of the situation to “unofficially” work on the high-tension transformer after he was contracted by some residents.

Adesoji said, “The death was a result of carelessness. From what we gathered, he took advantage of the presence of some power distribution operators, who were working in the area. It appeared that those people had permission for their operation, but he used that opportunity to work on the transformer.

“While he was carrying out his work, he did not know that the people who obtained a permit to work had completed their job and moved to switch on the power supply in the area.

“It was when they switched power on that the guy, who was still working on the transformer, got electrocuted.

“The connection he was trying to do got him electrocuted. When the electric current grabbed him, he fell from that height and landed on a container. He hit his head on an iron and died.”

The Head, Corporate Communications, Ikeja Electric, Felix Ofulue, while commiserating with Ogunbanwo’s family, said the company was conducting an investigation into the circumstances surrounding the death.

Ofulue said, “It was a rather unfortunate situation. Investigation is currently ongoing internally to establish the circumstances that led to the electrocution.

“We commiserate with the family of the employee and wish to reiterate the company’s commitment to the safety of employees and concerned third parties.

“IE has put measures and resources in place to ensure protection of its staff, and will continue to invest in safety training and creating awareness, especially for our technical staff, who are on the field. We will also continue to encourage them to comply accordingly.”