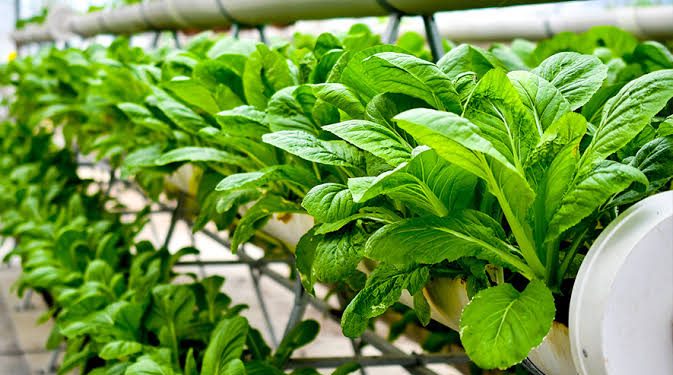 The Lagos State Government in a renewed call has urged residents to embrace the practice of urban farming as one of the ways to attain food sufficiency. This is regarded as part of the efforts aimed at boosting food security and increasing access to affordable fresh food in the state.

Olusanya, who was represented by the Permanent Secretary of the Ministry said that the launch is aimed at educating Lagos residents on how to practice urban farming despite the challenge of limited landmass being faced in different parts of the State.

Olusanya said urban farming aligns perfectly with one of the pillars of the current administration’s T.H.E.M.E.S agenda, which is Making Lagos a 21st-Century Economy, through food security.

She said, “Today’s event is a way of raising the consciousness of Lagosians to practice urban farming in their communities and compounds, as well as using any available space in their building.”

“In situations where there is no space at all, waste buckets, waste tires or waste bags filled with soil could be used to plant some edible vegetables. That little vegetable planted for household use has added to the agricultural production availability in the State. This is what we have realised and that is why we are here today for this launch as a way of bridging the gap between demand and supply.’’

The Commissioner noted that urban farming will add to food production, increase access to fresh agricultural products, reduce pressure on food products within the State and stabilise the prices of produce in the markets, explaining that Urban Farming also has the potential to nourish farming households, communities and create economic opportunities among the residents.

The Programme Manager of LSADA, Dr Olamilekan Pereira-Sheteolu, said the launch was to enlighten Lagos residents on the need to engage in urban farming, adding that it will create food security, guarantee zero hunger, reduce poverty and increase income generation.

While maintaining that the launch came at a time of steep increase in the prices of food across the country, Pereira-Sheteolu stated that the Agency will publicise a phone number that people can call for assistance on urban farming in their respective areas.

He stated, “We will seek the approval of the State Governor so that we can assist the people with things like seedlings and show them how to plant vegetables and fruits among others. This is our plan for the next phase of urban agriculture in Lagos State.’’