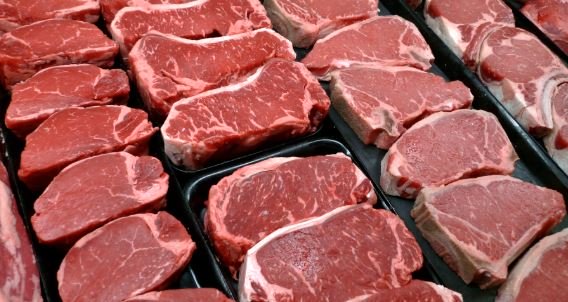 The Lagos State Government is set to embark on the dislodgement of illegal slabs, as well as the monitoring of all veterinary premises across the State, from Tuesday September 1 this year in furtherance of the sanitisation and reform of the red meat value chain.

The State Acting Commissioner for Agriculture, Ms. Abisola Olusanya made this known over the weekend at the re-inauguration of the Monitoring, Enforcement and Compliance (MEC) Team of the Ministry.

She noted that the exercise would also involve the monitoring of meat transportation and enforce stray animal control.

The dislodgement is necessary, she argued especially as the state remains particular about producing wholesome and healthy meat for its residents while simultaneously ensuring that the streets are free of stray animals.

Olusanya recalled that even though the dislodgement of illegal slaughterhouses had been on-going in the last three years, the need to strictly enforce meat transportation using only the designated vehicles as well as stray animals control, which had lately become more rampant, cannot be overemphasised.

Her words, “Such animals destroy various ornamental plants, shrubs and trees of aesthetic value within the metropolis, thereby increasing the risk of accidents and environmental degradation as well as the prevalence of the outbreak of zoonotic diseases that pose major threats to human health.

Alabi assured the state that registered abattoirs and meat markets are already in compliance with all the laws of the State government concerning the reform of the red meat value chain.

In his words, “There is no fear on their part of being affected by the activities of the Monitoring, Enforcement and Compliance Team.”

The Secretary of the Lagos State Abattoir Concessionaires Forum, Mr. Hamzat Kareem, observed that the re-inauguration of the Monitoring, Enforcement and Compliance Team would curb the menace of illegal abattoirs as they pose a huge threat to legal abattoir operations.