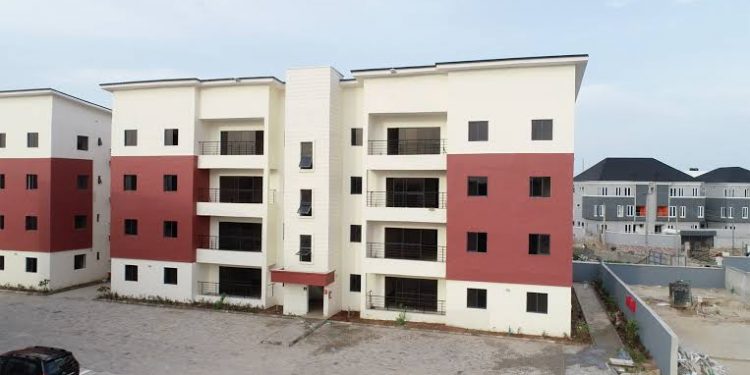 The Lagos State Government has reiterated its commitment to bringing solutions to the problem of housing deficit in the state.

The state government also plans to improve the environment and increase the sense of wellbeing of residents.

A statement quoted the Commissioner for Housing, Moruf Akinderu-Fatai, who represented Governor Babajide Sanwo-Olu of Lagos State, as making this remark at the inauguration of the Bayview Estate, Lekki.

He stated that the inauguration of the estate was part of its social inclusion housing policy in ensuring that all classes of inhabitants were catered for by the administration.

Akinderu-Fatai was quoted as saying, “I wish to reiterate that in inaugurating the Bayview Estate, the state government is delivering its eleventh housing estate. There are still many others in various stages of completion in several parts of the state. And I am glad to report that concerted efforts are being made on all ongoing housing projects to bring into fuller reality the resolve of Mr Babajide Sanwo-Olu to change the narrative in the housing sector for the better.

“Through various interventions in the Housing sector, more homes have been provided and many liveable and model communities have been created all over the State. Construction works at the various sites of housing schemes have also resulted in economic vibrancy for both skilled workers and artisans through creation of direct and indirect employment.”

The Managing Director/Chief Executive Officer, Lagos State Development and Property Corporation, Dhikrullah Har-Yusuph, was quoted as saying, “Under the Sanwo-Olu administration in the last one year, we have completed and delivered some housing schemes. I am elated that the Lagos state government encourages the collaboration of all real estate developers in both the private and public sectors to exchange ideas and develop projects to bridge the gap of the housing deficit in Lagos State.

“To this end, I would like to acknowledge the massive investment committed by our partner, Messrs. Misa Limited, into the sub-structural element of the estate. Today, we have an estate ready for habitation without any fear of flooding despite the terrain.”