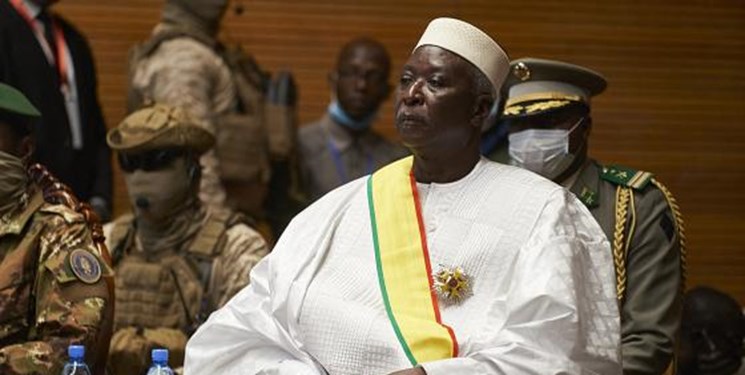 Soldiers in Mali have detained the president and prime minister of the interim government, according to the United Nations and the African Union, deepening political chaos in the country just nine months after a military coup overthrew its previous leader.

The detention of President Bah Ndaw and Prime Minister Moctar Ouane on Monday came hours after a government reshuffle left out two soldiers who led the coup in August last year and raised fears of a second military takeover.

In a joint statement, the UN and AU called for the “immediate and unconditional release” of Mali’s civilian leadership and said “the international community rejects in advance any act of coercion, including forced resignations”.

Diplomatic and government sources told Reuters and AFP news agencies that Ndaw, Ouane as well as Defence Minister Souleymane Doucore were being held at a military base in Kati, outside the capital, Bamako.

AFP managed to reach Ouane briefly, and before the line cut, he told the agency that soldiers had come to get him.

The joint statement called Ndaw and Ouane’s detentions “reckless” and called for Mali’s political transition “to resume its course and conclude within the established timeframe”.

It added: “We emphasize that the ill-considered action taken today carries the risk of weakening the mobilization of the international community in support of Mali.”

“What happened was grave and serious and we are ready to consider necessary measures,” EU Council President Charles Michel told reporters after a summit of the bloc’s 27 leaders.https://www.youtube.com/embed/7fUBhu1wt2w?version=3&rel=1&showsearch=0&showinfo=1&iv_load_policy=1&fs=1&hl=en-US&autohide=2&wmode=transparent

Ndaw, a former soldier, and Ouane were sworn in September last year after Mali’s generals – faced with the threat of regional sanctions – agreed to hand over power to a transitional government.

Coup leader Assimi Goita was appointed as vice president and the caretaker administration was tasked with overseeing an 18-month transition back to civilian rule. Two others who were instrumental in the coup – Sadio Camara and Colonel Modibo Kone – were given the defence and security portfolios, respectively.

Camara and Kone were replaced in Monday’s shuffle, although the military held onto other strategic portfolios it previously controlled.

No reason was given for Camara and Kone’s exclusion, but the cabinet shakeup came in the face of growing criticism of the interim government, with civil society groups questioning whether the military-dominated government has the will, or the ability to push through reforms and hold elections next year.

‘Decisions will be made’

There was no immediate comment from the military or the government on Ndaw and Ouane’s detentions and the city of Bamako remained relatively calm late on Monday.

One military official in Kati told Reuters the detentions were not an arrest.

“What they have done is not good,” the source said, referring to the cabinet reshuffle. “We are letting them know, decisions will be made.”

Susanna Wing, associate professor of political science at the US-based Haverford College, said the latest developments appeared to be a “coup in response to the reshuffling of the cabinet”.

“The military and the politicians were jostling for power and it seems the military was not willing to let go of at least two key figures, who were sitting in the ministry of defence and the ministry of security and civil protection,” Wing said from Philadelphia. “It’s very possible that the military felt threatened by politicians who perhaps were going to take steps forward in a real transition of power and to elections next year.”https://www.youtube.com/embed/xPeJWdR-wyA?version=3&rel=1&showsearch=0&showinfo=1&iv_load_policy=1&fs=1&hl=en-US&autohide=2&wmode=transparent

Kati’s military base is notorious for ending the rule of Malian leaders. Last August, the military took President Ibrahim Boubacar Keita to Kati and forced him to resign. A mutiny there helped topple his predecessor Amadou Toumani Toure in 2012.

Mali has been in turmoil ever since.

French forces beat the armed groups back in 2013 but they have since regrouped and carry out regular attacks on the army and civilians. They have exported their methods to neighbouring Burkina Faso and Niger where attacks have skyrocketed since 2017.

Al Jazeera’s Nicolas Haque, reporting from Dakar in neighbouring Senegal, said the situation in Mali had been “volatile” even before the military’s detention of the country’s civilian leadership.

“There’s been an uptick in violence, especially during the month of Ramadan,” he said. “There have been attacks in Segou, just 250 kilometres (155 miles) away from the capital. We’ve seen the biggest trade union organise strikes for the past week because wages haven’t been paid for civil servants. And add to that, the economic fallout from the pandemic.

“So, all in all, this is a very difficult situation for Malians.”