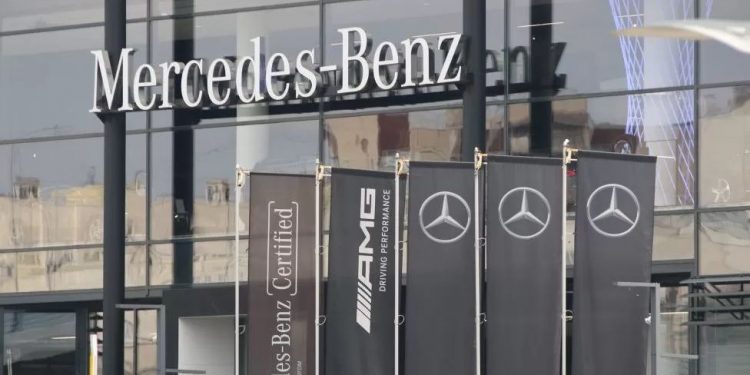 Mercedes has become the latest Western company to pull out of Russia, following the invasion of Ukraine in February.

The German-based firm stopped manufacturing in and exporting to the country in early March.

But now it says it will withdraw from the Russian market and sell shares in its subsidiaries to a local investor.

Nissan took a $700m (£600m) loss in handing over its business to a state-owned entity for a nominal fee, reportedly less than £1.

But Harald Wilhelm, chief financial officer of Mercedes, said its move out of Russia was not expected to have any serious new effect on the company’s profits.

The decision comes after many Western companies pulled out of Russia earlier in the year, including Starbucks, McDonald’s and Coca-Cola.

Other car firms, including Jaguar Land Rover, General Motors, Aston Martin and Rolls-Royce, all halted deliveries to the country in the early months of the war.

James Baggott, editor-in-chief of industry website Car Dealer Magazine, said Mercedes was in step with other companies when halting exports and suspending operations in Russia earlier in the year, but many other car makers then quickly withdrew from the country altogether.

It was unusual that Mercedes did not follow, he told the BBC.

“Russia was a lucrative market for luxury car manufacturers like Mercedes prior to the war, with cars like its G Wagen off-roader and S Class very popular with its elite,” he said.

“Perhaps Mercedes was hoping for a swift resolution to the war, and now that looks unlikely, the firm has finally taken the long-overdue decision to quit the country for good.”

Natalia Koroleva, chief executive of Mercedes-Benz in Russia, said in a statement that the main priorities in the move were to fulfil obligations to Russian clients and preserve jobs in Russia.

The Association of European Businesses (AEB) said 9,558 Mercedes vehicles were sold in Russia from January to September, down 72.8% from a year earlier.

ASUU strike: JAMB has not cancelled any admission – Registrar

US returns 23 Artefacts to Nigeria

US returns 23 Artefacts to Nigeria