NDLEA Nabs N2bn Worth of Codeine At Lagos Port 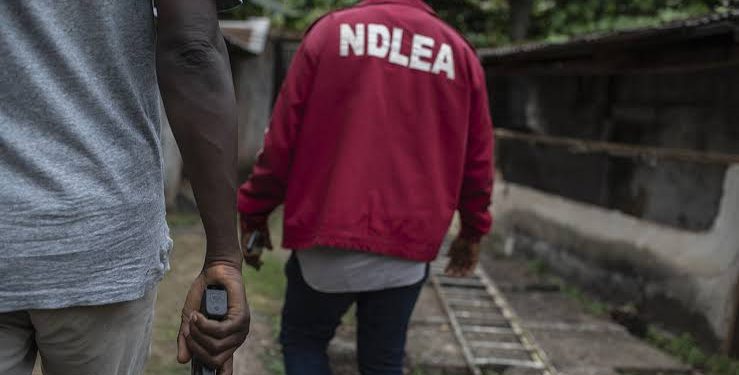 The National Drug Law Enforcement Agency (NDLEA) has intercepted 40,250 kilograms of Codeine based syrup at the Apapa seaport in Lagos which were imported from India.

The development came barely a week after the Agency seized 14,080kg of the banned substance at the same seaport.

The Director, Media and Advocacy, NDLEA, Femi Babafemi, disclosed this in a statement yesterday.

He said, “The drug bust comes on the heels of a similar seizure of 14,080kg codeine syrup and 4,352.43kg cold caps used to conceal the former in a 40ft container imported from India, on Wednesday 2nd February 2022, at the Apapa port. Both seizures followed intelligence from foreign partners and cooperation of other port stakeholders such as Customs, DSS, Navy and others.

“The latest consignments intercepted on Tuesday 8th February were brought into the country in two containers marked HLBU 2239792 with 1,125 cartons of the drug and HLBU 1067338 with 1,751 cartons, with a market value of N2,012,500,000 (Two Billion, Twelve Million and Five Hundred Thousand Naira).

“The consignments were seized at the Port Express Bonded Terminal, Berger-Apapa after they were discovered concealed behind cartons of hypergra 200mg and deluxe chilly cutters, after which the Agency’s sniffer dogs were brought in to identify the illegal substance.”

Reacting, Chairman/Chief Executive of NDLEA, Brig-Gen Mohamed Buba Marwa (retd), commended officers and men of the Apapa Port Special Area Command of the Agency for their vigilance. He expressed gratitude to foreign partners for sharing timely intelligence and other port stakeholders for their cooperation.