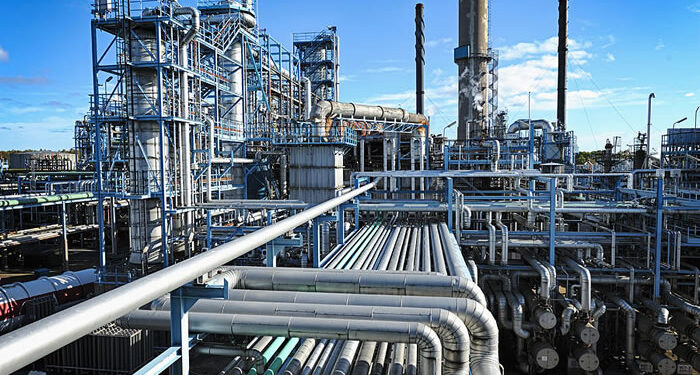 President Muhammadu Buhari-led administration has spent over N16.9tn on the importation of not less than 132.24 billion litres of Premium Motor Spirit, popularly called petrol, despite the President’s campaign promises to halt PMS imports.

Figures obtained from the National Bureau of Statistics and the Nigerian National Petroleum Company Limited showed that Nigeria relied majorly on petrol imports since the current administration came on board.

This is because the country’s refineries have remained dormant for years, though the government is currently revamping the Port Harcourt and Warri refineries. The rehabilitation of the facilities is to gulp about $2.9bn.

The continued importation of petrol and the humongous amount spent in subsidising the commodity have been described as alarming by industry operators and analysts, who called on the President to fully deregulate the downstream oil sector.

The All Progressives Congress had, during its campaigns in 2015, promised to get the refineries working.

Buhari is billed to leave office in May 2023 and may have about seven months to fulfill the promise of getting Nigeria’s refineries working.

He assumed office on May 29, 2015, meaning his government started importing petrol from around June 2015.

Petrol import figures obtained by our correspondent showed that between June and December 2015, Nigeria imported 9.47 billion litres of petrol valued at N1.05tn.

A total of 18.81 billion litres of petrol was imported into Nigeria in 2016, with a worth of N2.01tn, according to figures from the NBS.

The total petrol imports into Nigeria through the Direct Sale Direct Purchase scheme of NNPC in 2017 was 12.97 billion litres, valued at about N1.58tn.

Under the DSDP scheme, selected overseas refiners, trading companies and indigenous dcompanies are allocated crude supplies in exchange for the delivery of an equal value of petrol and other refined products to the NNPC.

In 2018, figures from NNPC showed that it imported 18.83 billion litres of petrol through the DSDP scheme. The worth of the commodity, based on NNPC data, was about N2.31tn.

Also, in 2019 the oil company imported 16.63 billion litres of petrol through its DSDP scheme. The value of the imported PMS in that year was about N2.4tn.

The NNPC, in October this year, stated that between January and August 2022, the total volume of petrol imported into the country was 16.46 billion litres.

The company also revealed that petrol imports in 2021 were estimated at 22.35 billion litres, translating to an average supply of 61 million litres per day.

Going by the N147/litre price of the commodity as sold at NNPC approved depots, it therefore implies that the company spent about N2.41tn on PMS imports between January and August 2022.

It also spent about N3.28tn to import the commodity in 2021, going by the 22.35 billion litres it imported last year.

A summation of the volumes of petrol and the amount spent during the period captured above indicated that the country had so far spent about N16.9tn on the importation of 132.24 billion litres of PMS under the regime of Buhari.

This, however, ran contrary to the campaign promises of the President and his party to stop petrol imports and get Nigeria’s refineries running.

“We cannot be spending this much on petrol imports when we have refineries that should produce this product if they were functional. This is really sad, especially when you imagine the additional trillions of naira consumed by subsidy,” the President, Petroleum Retail Outlet Owners Association of Nigeria, Billy Gillis-Harry, told our correspondent.

The importation of refined petroleum products is basically because Nigeria’s refineries have remained unproductive for years.

Although hundreds of workers still earn their daily bread from the facilities, the plants have not been able to refine crude oil. However, billions of naira have been allocated to get them up and running.

About $2.9bn has been approved by the Buhari regime for the rehabilitation of facilities. This will be released in phases.

In March 2021, the Federal Executive Council approved the plan by the Federal Ministry of Petroleum Resources to rehabilitate the Port Harcourt Refinery with $1.5bn.

The decision was taken at the weekly meeting of the council presided over by Buhari, according to the Minister of State for Petroleum Resources, Timipre Sylva.

The contract for the Port Harcourt refinery rehabilitation was awarded to an Italian company, Tecnimont spa.

Also, in August 2021, the Federal Government approved the sum of $1.4m for the rehabilitation of Warri and Kaduna refineries in Delta and Kaduna states.

A breakdown of the approved funds showed that $897m would be expended on the rehabilitation of the Warri refinery while $586m of the fund would be invested in the Kaduna refinery.

It should be noted that the $2.9bn is basically for refineries’ rehabilitation, as the facilities have been consuming billions of naira, if not trillions, on operating costs, salaries, maintenance and other expenses.

The Federal Government has been making moves to get the country’s dysfunctional refineries back on stream, as Nigeria currently imports the bulk of its refined petroleum products.

This has resulted in humongous subsidy spending by the NNPC, the sole importer of petrol into Nigeria for more than four years and counting.

On October 24, 2022, The PUNCH exclusively reported that the Federal Government subsidy spending would hit N11tn in 2023.

The report stated that the current administration could spend not less than N10.976tn as subsidy on petrol, from when it came to power in 2015 till May 2023.

It further revealed that already, the government had spent about N6.88tn in subsidising the commodity, according to data obtained from the NNPC and the Nigeria Extractive Industries Transparency Initiative.

Commenting on this, Gillis-Harry stated that oil marketers had repeatedly urged the government to deregulate the downstream oil sector in order to promote competition.

“These trillions of naira that we spend on petrol subsidy should be channeled to other sectors of the economy such as health, education, roads, etc. Deregulate the sector and you will see how competition will help make the commodity affordable,” he stated.

The Executive Secretary, Major Oil Marketers Association of Nigeria, Clement Isong, said MOMAN had also been calling for the deregulation of the downstream oil sector and the rehabilitation of refineries.

He said, “Of course, we want our refineries to come back on stream. It is important to make sure that people have fuel to buy at filling stations. This is why we keep calling for deregulation to make life easier for everybody.

“This is because it is not that simple to get petrol to customers on the street. It is difficult and people don’t know and may not appreciate this.”

Also speaking on the need to deregulate and stop PMS imports, an Associate Editor of SPE Journal of Economics and Management, Prof. Wumi Iledare, had told our correspondent that the Petroleum Industry Act 2021 had indirectly put an end to subsidy but wondered why the Federal Government had failed to adhere to it.

“So, it is illegal to set petrol price. Before now, NNPC can decide to do what they call under-recovery. However, the Fiscal Responsibility Act is another thing to contend with when you spend money on behalf of the government.

“But currently, the NNPC Limited is a commercial company and it is meant to make money for investors. So, I don’t see how the government will want the NNPC to sell petrol at a lower price and not recover it. That will be violating the NNPC Limited’s responsibilities and functions in the PIA.”

He added, “You cannot run a government of illegality. Therefore, petrol subsidy in itself is a violation of the PIA. You cannot spend what is not budgeted in the budget. And when you are borrowing money and using it to fund subsidy, that is a misallocation of scarce resources.

“Consider the number of years that the universities have closed down. What are they asking for? Less than N1tn and you are spending over N3tn to subsidise petroleum products in the next budget.

“That is even a violation of the Fiscal Responsibility Act, which says that you cannot fund your budget more than three per cent of your Gross Domestic Product. All of these things have implications on the overall economy.”