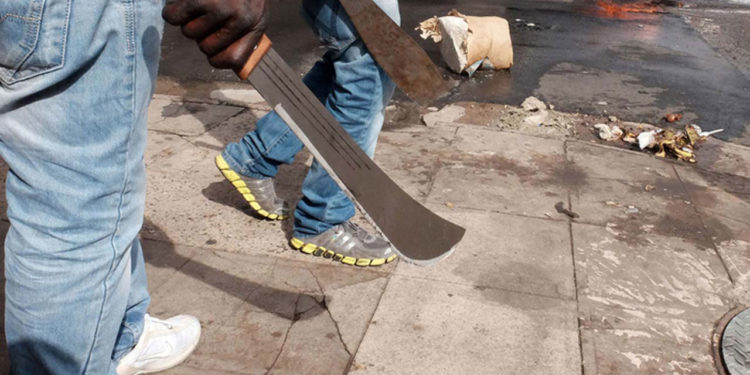 Warring youths of Otto- Awori and Ijanikin communities in Ojo Local Government Area of Lagos State, have been warned to sheath their sword or risk spending 23 years in prison, in accordance with the Lagos State law on prohibition of unlawful societies and cultism, if arrested.

The warning was handed down by the Police in Lagos, following the recent bloody clash that brought commercial activities to a halt in the area .

Recall that the rampaging members of rival cult groups from both communities took over the Lagos/Badagry expressway, for several hours last week, preventing road users passage, as they engaged in a free-for-all, wielding dangerous objects.

But for the intervention of the Police, the crisis would have snowballed into a bloody clash between both communities.

In a reconciliation meeting between the warring communities, held at the headquarters of the Area ‘K’ Command, the Area Commander, ACP Ahmed Jamilu, cautioned both parties to cease the confrontation or face the wrath of the law.

At the meeting initiated by the Akogun of Otto-Awori kingdom, Chief Kehinde Abimbola Dawodu – Avoseh, representative of ACP Jamilu, CSP Regentha Timpa, urged both parties to embrace peace, reminding them of the legal consequences of their action.

Noting that the constitutional obligation of the Police entailed protection of lives and property, as well as maintaining law and order, Timpa warned that the command would not fold its hand and allow breakdown of law and order.

Timpa said, “We’re law enforcement agents and our task is to maintain law and order. If the community is not at peace, the police will be worried because it will hinder the peace of the area. So, you should therefore sheath your sword.

He urged them to avail the Divisional Police Officer, Ijanikin division, CSP Chinedu Chimereze, with information about criminal activities in the area, assuring the readiness of the DPO to work with the communities.

In adherence to the call on information dissemination, initiator of the reconciliation meeting, Chief Dawodu Avoseh, urged the Police to beam their searchlight at Vespa bus stop and Ijanikin under bridge, disclosing that cultists usually held meetings there.

He also appealed to the DPO Ijanikin Division not to rest on his oars, insisting that trouble makers in the communities should be fished out and made to face the wrath of the law.