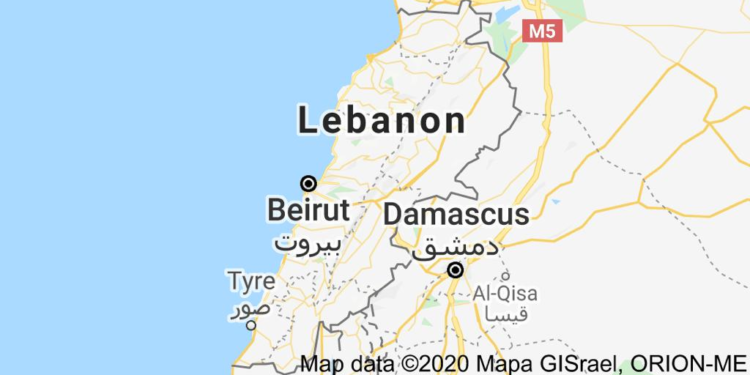 With their presence dotting almost every industrial and urban pockets of Lagos, you’ll be often quizzed by the mystery behind the origin of the Lebanese in Nigeria.

‘The Takeoff’
There is actually another Lebanese national, Michael Elias, who arrived Nigeria before Kourhy. He found early success as a successful cattle trader. He is said to have later built a three-story building on Ereko/Balogun street on Lagos Island. He was buried in Lagos at his death.
Many more Lebanese began to arrive following the earliest settlers. The largest settlements were mainly in Lagos, Ibadan and Kano, although Port Harcourt, Calabar and Warri as well as many parts of the North West, also had significant Lebanese presence.
Kano has a major road; Beirut Road, now the city’s telecoms & computer retail hub. Ibadan has Lebanon Street right in the center of town. There are other similar landmarks elsewhere pointing to their long presence.
By 1938, they had grown in number to 818 documented families, in Nigeria.

‘Peculiarities’
A major feature of Nigeria’s Lebanese community is that they mostly come from mainly 2 villages: Miziarah in the North populated mostly by Christians & Jwaya in the South, an area populated by Shia Moslems. At the peak of it, in the ‘50s and ‘60s, there were close to 200,000 ‘Lebanese’ settled all over Nigeria. Although quite a number were Syrians, Libyan and Morrocan Jews erroneously referred to as Lebanese; all Arabs/Middle Easterns, tended to be called Lebanese.
Perhaps the most famous monument to their presence in Nigeria is the Independence Fountain at Tinubu Square in Lagos, donated as an independence gift to Nigeria in 1960, by the Lebanese community.

‘Population Growth’
After the arrival of the earliest, the first set of second generation Lebanese Nigerians began to be born around the mid 1920s upwards, in places like Lagos, Kano, Ile Ife and Ibadan. People like the Zard brothers; William Maurice and Raymond were all born between Ibadan and Ife.
Relatively younger ones born in the 1940s, including the billionaire businessman Gilbert Chagoury, who was born in Lagos in 1946 are among the older members of the community today.
Today, of the about 116,000 ‘white’ Nigerians by naturalization, it is reckoned that there are about 30,000 Lebanese, many of whom are third and fourth generation Lebanese-Nigerians who hold the Nigerian passport.

‘Commerce and Industry’
They engaged originally in cocoa, textile sales, cattle, hides and skin trades, up till about the 60s.

After independence they dominated the Cinemas, Restaurant, Nite Life, Gaming and Pools Betting industries.
They later moved into the oil and gas, tourism/hospitality, construction, food processing and manufacturing industries in Nigeria.
The Aim Group, for example, a family run conglomerate whose activities includes broadcasters Cool FM and Wazobia FM, Wazobia TV, Confectionery, Architectural Design and construction, is Lebanese Nigerian owned, descendants of Michael Elias.
Between them, the Lebanese Nigerians, generate a significant percentage, in the middle 1 to early 2 figure percentile of Lebanon’s GDP through remittances back home.
There are also streets named after Nigeria there in Lebanon, both in Jwaya and Miziara.

Curiously, Nigeria and Lebanon didn’t seem to have formal diplomatic relations till 1973, when Nigeria’s mission was opened in Beirut.
Historically prominent Lebanese-Nigerian family names include Fawaz, Gamra, Aboul, Hajiag, Moukarim, El-Khalil, Boulous, Zard, Saad, Kawam, Halawi, Taktouck, Safiedin and many others.
Back in the ‘70s, there were several flights to and fro Beirut per week and it was a popular shopping and holiday destination. The Lebanese civil war from 1975, put an end to all that.
The war also brought an influx of refuge seekers to Nigeria. Many did not bother to learn the host culture and tended to display racist attitudes both in their speech and employment practices. Some engaged in criminal acts. That was the beginning of their sometimes poor reputation.

Undoubtedly, the Lebanese Nigerian population has reduced in the past many years. Many of the younger ones have gone on to acquire American, Canadian, Australian and other citizenships, and have moved on, but Nigeria remains a true home for them.