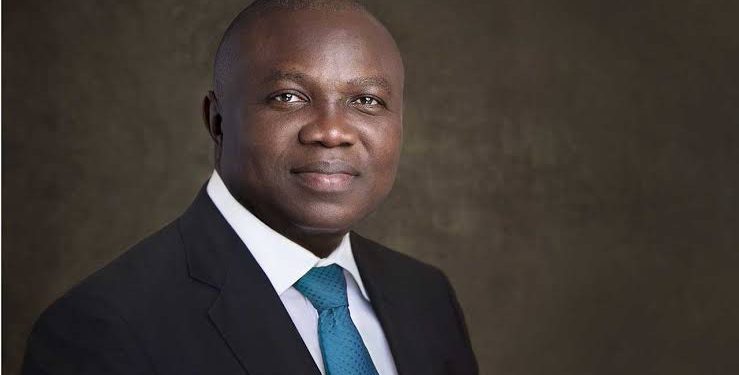 Former governor of Lagos State, Akinwunmi Ambode, said power is in the hands of Nigerian youths ahead of the 2023 elections.

Ambode, who was Lagos State governor from 2015 to 2019, in a tweet said his projects while in office have received an overwhelming endorsement from many Nigerians.

The former governor urged Nigerians to go get their permanent voters’ card (PVC), saying the future is now.

“Thank you for the overwhelming endorsement of our modest contributions to the growth of Lagos,” Ambode tweeted on Tuesday.

“It can only get better for Lagos, and indeed Nigeria.”

“The youths are coming. The power is in their hands. Go and get your Permanent Voters Card (PVC) ready. Your future is NOW!”

Ambode’s statement comes amid encouragement from some groups in Lagos State urging him to re-contest for the office of Lagos State governor for another four years.

While Ambode has not accepted or declined the calls, his supposed ambition (if any) might be running against the political hierarchy of the All Progressives Congress (APC) in Lagos State where he lost his second-term election bid to current governor Babajide Sanwo-Olu.

Ambode’s fallout with former Lagos State governor Bola Tinubu was evident when the APC national leader said Ambode sidelined members of the party during his four years in office.

Tinubu, who has declared to contest for the office of Nigeria president in 2023, said he refused to back Ambode for a second term because he deviated from the master plan created for the development of the state.

“Whenever a government departed from this plan without [a] compelling reason, the state and its people have borne the painful consequence of the improper departure,” Tinubu said.

Since Ambode’s departure from office in 2015, he has barely graced any public functions even on numerous occasions he had been invited by the current Lagos State Government administration of Sanwo-Olu, a government source told our correspondent.

However, there have been flashes of events that suggest Ambode might be running for a public office.

In late December, a trending video showed a youth pressure group visiting Ambode in his home in the Epe area of Lagos where they appealed to him to run for office in 2023.

The former governor was seen waving at the crowd without declaring his position on their request.

Amid the supposed political turbulence, Ambode declared that “after all we have been through, God has been faithful.”