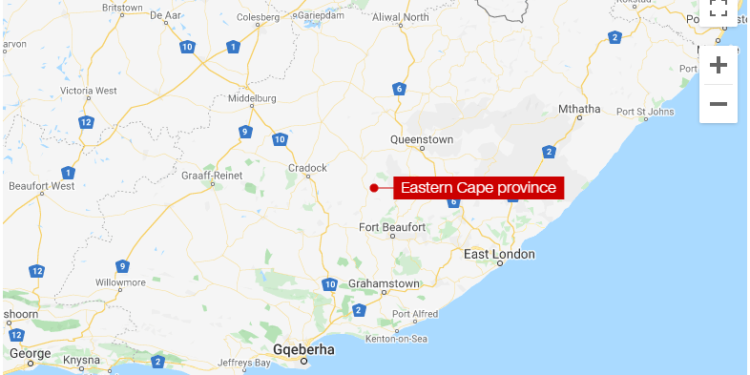 The four men who burned to death were discovered on Wednesday night in a field in the province’s Lady Frere village, while the two other men were found hanged in a forest in Maqhashu Administrative Area, a spokesman for the South African Police Service (SAPS) in Eastern Cape told CNN.

“On Wednesday night, our members were alerted to this particular incident by a member of the community, who reported that four young men in their 20s have been burned alive in an open field in Lady Frere,” said Brigadier Thembinkosi Kinana.

“The SAPS members responded to the call and immediately rushed to the crime scene where they found the deceased lying bent on the ground. While the detectives were busy working and processing the crime scene, another report came through that two more bodies of young men were found hanged in a nearby forest in an administrative area known as Maqhashu,” Kinana added.

The regional police spokesman added that a seventh victim of the violent attack, who was hospitalized after sustaining severe injuries, also died.

“This means that the number of the deceased has now risen to seven — all of them South Africans, and in their 20s,” Kinana told CNN, adding that the motive for the killing was unknown.

“We have not made any arrests at this stage. However, we have opened seven cases of murder for investigation,” the police spokesman said.

The Eastern Cape, regarded as South Africa’s poorest province with nearly 1 million rural people without jobs, has witnessed a surge in murder rate and other violent crimes, according to statistics by local police.

Lady Frere, a small town in the province, has been in the news recently for other unexplained murders.

In February, local media reported that regional police were probing the possible existence of a suspected “serial killer on the loose” after three women and a man were found fatally stabbed inside their homes in Lady Frere. Little was heard about the outcome of the investigation.

Police urged residents with information on the latest attack to come forward.