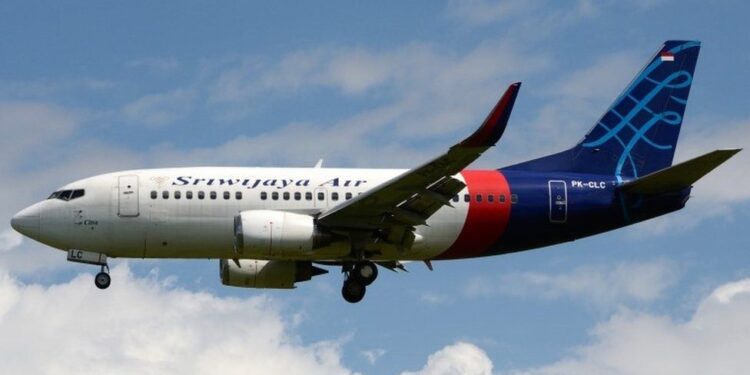 Indonesia’s National Search and Rescue Agency team was continuing a search operation for the 62 people aboard Sriwijaya Air Flight 182, which crashed into the ocean shortly after takeoff Saturday.

The Boeing 737-500 plane was heading from Jakarta to the city of Pontianak, on the Indonesian side of Borneo, when it lost contact at 2:40 p.m. local time (2:40 a.m. ET), 11 nautical miles north of Jakarta’s Soekarno-Hatta International Airport.

There were 50 passengers — 43 adults and 7 children — on board, as well as 12 crew members, according to Indonesia’s minister of transportation.Sunday, family members gathered at a victim identification center in Jakarta and at a crisis center in Pontianak, where they waited for any news of their loved ones.

Here’s what we know about the victims so far.

Agus Minarni and Muhammad Nur Kholifatul Amin had traveled from their home in Mempawah, in Indonesian Borneo, to Jakarta, in Java, to attend the funeral of Amin’s father — which was taking place in Ponorogo, in Java’s east.

While they were in Ponorogo, they were also able to spend time with one of their sons, who attends a boarding school there.

When the couple returned to Jakarta, Minarni’s brother Yudiansyah Yunus asked her for help in securing a place at a boarding school for one of his sons.

That was the last time they would be in contact, Yunus told CNN.Minarni and her husband were supposed to fly home January 5 on another carrier — Nam Air, he said.But when they arrived at the airport Tuesday, they were informed that in order to board the flight, they would need to take a coronavirus PCR test — a process that would delay them from flying for another two days.

Once the couple got the results of their test, they were able to rebook their flight home — but this time, it would be on another carrier, Sriwijaya Air.

Yunus says the loss of his sister has left a huge hole in the family and that he will miss her terribly.She was a kind person, he said, adding that she had always helped him and his younger sister in many ways.

He added that she was an especially caring person and had treated her aunts and uncles with kindness.Yunus said he will take care of the couple’s teenage children, who are now orphans.

It is imperative that “all involved stakeholders, the airline and the government take this investigation seriously,” Yunus said.He added that he hopes the Indonesian authorities will do their best “to at least find their remains in whatever form” so he can bury his sister “properly, like those who pass away normally.””That’s all I hope,” he said.

A family of five in transit 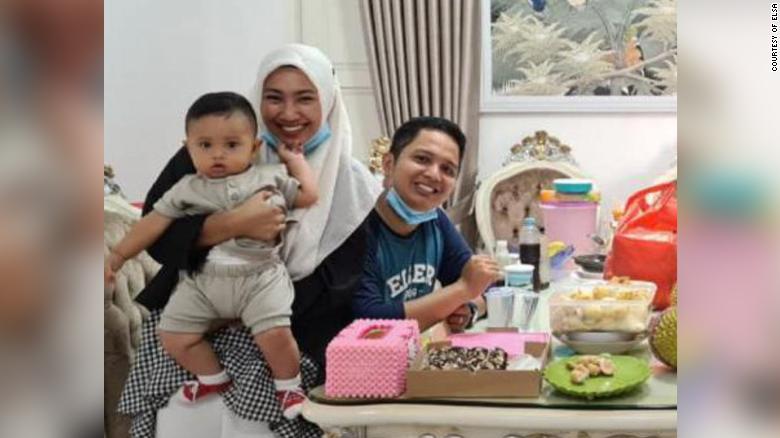 A family of five from Bangka island — an island to the east of of Sumatra — was missing and feared dead, according to aunt of the family, who spoke to CNN.

The family released a statement Saturday saying that 26-year-old Rizki Wahyudi, his 26-year-old wife, Indah Halimah Putri, and their 7-month-old son were on the flight that crashed.Wahyudi’s mother and cousin were also on the flight.

Wahyudi worked for the Indonesian Forestry Commission in Ketapang, West Kalimantan — a province on the Indonesian side of Borneo — for the past three years.

The family of five had been in the Bangka Islands visiting other family members and were headed back to West Kalimantan via Jakarta.Sunday, two of Wahyudi’s uncles in Bangka submitted their DNA to help with the identification process.

Ratih Windania posted this cheerful selfie with her daughter Yumna, 2, and nephew Athar Rizki Riawan, 8, on a flight from Bandung in West Java on December 22.Ratih Windania, who was four months pregnant, was visiting family members in Jakarta with her 2-year-old daughter, Yumna; 8-year-old nephew, Athar Rizki Riawan; uncle Tony Islmail and aunt Rachmawati, according to Riawan’s father, Iwan.

In a story posted to her Instagram account before departing from Jakarta airport Saturday, Windania says goodbye to relatives who live in Jakarta.Windania also posted a cheerful photo of herself and her smiling daughter and nephew sitting on the plane moments before takeoff. 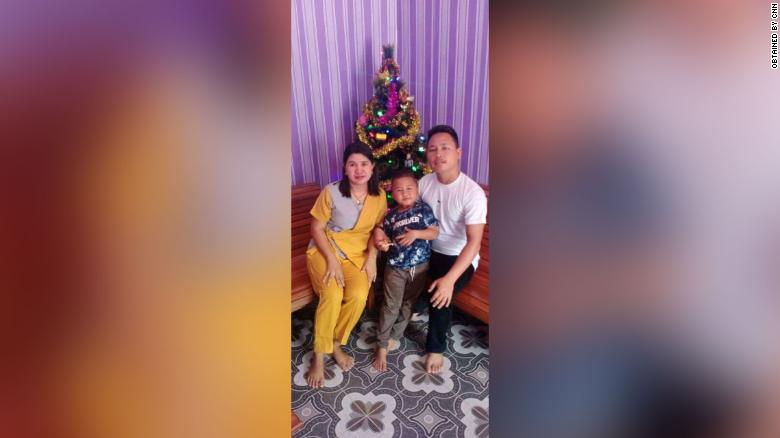 Yohanes Suherdi, 30, poses with his wife, Susilawati Bungahilaria, and their 5-year-old son, Rian Gusti Rafael, in this Christmas portrait.

Yohanes Suherdi was in Jakarta on a business trip and looking forward to returning to his family in Ngarak, a village several hours from Pontianak airport.His wife, Susilawati Bungahilaria, 32, told CNN she hopes Suherdi will be found safe and that the family will be able to reunite soon.

The couple has a 5-year-old son, Rian Gusti Rafael.Bungahilaria said she spoke with her husband — whom she described as a “very good and sociable person” — shortly before takeoff.

“His last message to me was not to forget to take our son to see a doctor because he had a fever,” she said.Sobbing, she said her son keeps asking when his father is coming home.

Bungahilaria and Suherdi’s father traveled Sunday to a crisis center set up in Pontianak, where they submitted physical items that could help with the identification process, including the father’s DNA.