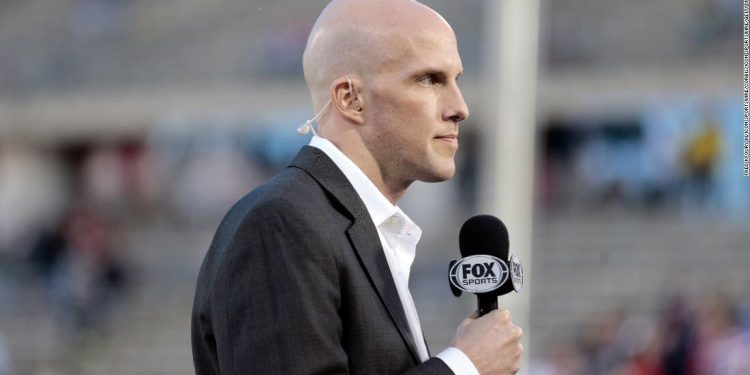 Prominent American journalist Grant Wahl has died in Qatar after collapsing while covering the World Cup, sparking an outpouring of shock and grief across the sports world.

He “collapsed” in the press area while covering Friday’s Argentina-Netherlands match, a witness told CNN.

The circumstances around his death are not clear.

“The entire US Soccer family is heartbroken to learn that we have lost Grant Wahl,” US Soccer said in a statement on its official Twitter account.

“Grant made soccer his life’s work, and we are devastated that he and his brilliant writing will no longer be with us.”

US Soccer praised Wahl’s passion and “belief in the power of the game to advance human rights,” and shared its condolences with Wahl’s wife, Celine Gounder, and his loved ones.

Gounder reposted the US Soccer statement on Twitter and wrote: “I am so thankful for the support of my husband Grant Wahl’s soccer family and of so many friends who’ve reached out tonight. I’m in complete shock.”

Wahl had covered soccer for more than two decades, including 11 World Cups, according to his website. He was a longtime writer for Sports Illustrated, and authored two books on the sport.

In an episode of the podcast Futbol with Grant Wahl, published just days before his death on December 6, he had complained of feeling unwell.

“It had gotten pretty bad in terms of like the tightness in my chest, tightness, pressure. Feeling pretty hairy, bad.” Wahl told co-host Chris Wittyngham in the episode. He added that he sought help at the medical clinic at the World Cup media center, believing he had bronchitis.

He was given cough syrup and ibuprofen, and felt better shortly afterward, he said.

Wahl also said he experienced an “involuntary capitulation by my body and mind” after the US-Netherlands game on December 3.

“This isn’t my first rodeo. I’ve done eight of these on the men’s side,” he said at the time. “And so like, I’ve gotten sick to some extent at every tournament, and it’s just about trying to find a way to like get your work done.”

He further described the incident in a recent newsletter published on December 5, writing that his body had “broke down” after he had little sleep, high stress and a heavy workload. He’d had a cold for 10 days, which “turned into something more severe,” he wrote, adding that he felt better after receiving antibiotics and catching up on sleep.

US State Department spokesperson Ned Price said the department was in “close communication” with Wahl’s family.

Wahl’s death has sent shockwaves through the soccer and sports journalism community, with many sharing tributes on social media.

“We are shocked, saddened and heartbroken over the tragic passing of Grant Wahl,” said Major League Soccer Commissioner Don Garber, adding that Wahl was “a kind and caring person.”

The National Women’s Soccer League also tweeted its condolences, saying Wahl’s “commitment to sharing the stories of our beautiful game was unmatched, but more importantly, his integrity, thoughtfulness and kindness were central to the way he lived.”

Other journalists also shared stories of reporting alongside Wahl, and having encountered him at multiple World Cups over the years.

“Before he became the best covering soccer he did hoops and was so kind to me,” wrote famed broadcaster Dick Vitale.

Wahl had made headlines in November by reporting that he was detained and briefly refused entry to a World Cup match because he was wearing a rainbow t-shirt in support of LGBTQ rights.

He said security staff had told him to change his shirt because “it’s not allowed,” and had taken his phone. Wahl said he was released 25 minutes after being detained and received apologies from a FIFA representative and a senior member of the security team at the stadium.

State Governors Are Responsible For Rising Poverty in Nigeria- Minister