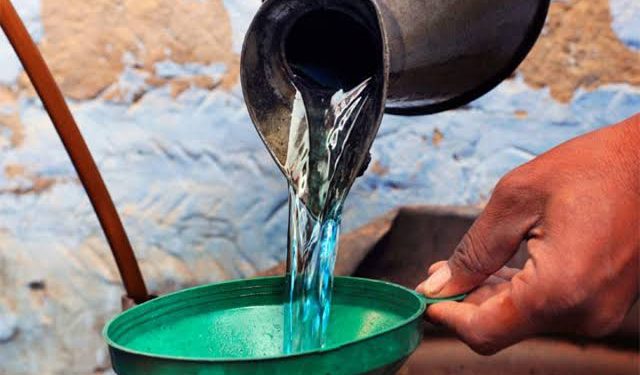 The price of  kerosene may skyrocket beyond the reach of poor Nigerians as the price of the commodity has risen by 118 per cent in the last 12 months.

According to the National Household Kerosene report of the Nigerian Bureau of Statistics for September, the average retail price per litre of the product rose by 118 per cent to N947 from N434 recorded in September 2021.

According to the report, the average retail price per litre of HHK paid by consumers in September 2022 was N947, indicating an increase of 17 per cent compared to N809 recorded in August 2022.

A breakdown of the report showed that on state profile analysis, the highest average price per litre in September 2022 was recorded in Enugu with N1,272, followed by Ebonyi with N1,264 and Cross River with N1,186.

On the other hand, the lowest price was recorded in Rivers with N686, followed by Bayelsa with N715 and Nasarawa with N735.

On state profile analysis, Abuja recorded the highest average retail price per gallon of cooking kerosene with N4,200, followed by Abia with N4,078 and Enugu with N4,052, according to the report.

On the other hand, Borno recorded the lowest price with N2,500, followed by Zamfara and Delta with N2,555 and N2,577, respectively.

The National President of the Nigerian Association of Liquefied Petroleum Gas Marketers, Oladapo Olatunbosun, while responding to an exclusive report by The PUNCH revealed that gas consumption had dropped drastically to 800,000 metric tonnes per annum from 1, 250 million MT per annum recorded about four months ago.

According to him, given Nigeria’s huge population, the country should consume at least six million MT per annum.

“800, 000MT per annum is the current consumption rate in Nigeria. A few months ago we were doing 1,250 million MT per annum.

“Ordinarily, given our population in this country, we should consume about six million MT per annum just like other African countries like  Morocco , Egypt, Algeria, Kenya , South Africa and other countries. But these countries currently consume more LPG than Nigeria despite our huge population,” he told The PUNCH in a telephone chat.

Meanwhile, financial and economic experts have advised the government to intervene in the situation to ameliorate the challenges facing Nigerians.

A former Director-General, Lagos Chamber of Commerce and Industry, Dr. Muda Yusuf, said the government’s intervention is quickly needed to bring down the costs of the product for the sake of the poor masses.

He said, “The astronomical increase in the price of cooking kerosene will further aggravate the poverty situation in the country. Household kerosene is not a luxury, it is a necessity. It is bad enough that we are grappling with high food inflation, and now there is an additional burden of an escalating cost of means of cooking the food. So for the average Nigerian and the poor, this is an added burden, and obviously, the impact on poverty will be very profound.”

Boris Johnson tries to win support for comeback bid, as Sunak enters race to be Britain’s next prime minister

Boris Johnson tries to win support for comeback bid, as Sunak enters race to be Britain’s next prime minister