Aspirants Sue APC, INEC Over Threats To Disqualify Them as Political Appointees 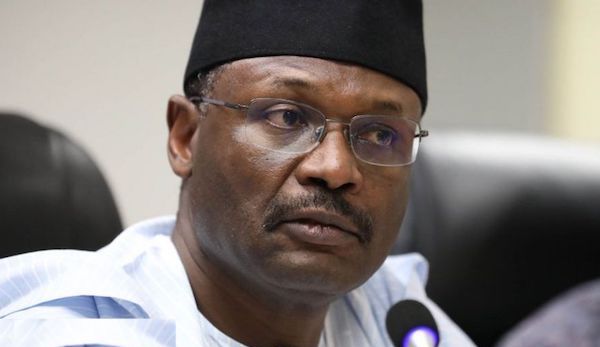 The All Progressives Congress (APC) and the Independent National Electoral Commission (INEC) have been taken to court by aspirants who are political appointees over threats to disqualify them in the upcoming general elections.

In a suit marked: FHC/ABJ/CS/641/2022 before the federal high court Abuja, the aspirants are seeking the court to restrain APC and INEC from disqualifying them on the grounds that they are political appointees.

The aspirants which include Ambassador Sodique Baba Abubakar, Sodique Lawal Abubakar and Bindir Umar Buba are vying for the gubernatorial seat of Bauchi state and the House of Representatives.

In an originating summons filed through their lawyer, Adeniyi Akintola SAN they are asking the court to determine “whether being Nigerians covered by sections 66, 177, 182 of the 1999 Constitution can be subjected to any other conditions, rules or guidelines for the purpose of election into the office of the Governor of Bauchi State and House of Representatives respectively by APC under section 221 of the Constitution other than the qualifications and criteria set out in sections 66, 177 and 182 of the Constitution.”

They prayed the court for an order of injunction restraining APC and INEC either by themselves or agents from preventing, hindering or stopping them from attending, participating in party congress, convention or primaries for the purpose of voting or being voted for as candidates in the forthcoming elections and in any congress, convention or primaries.

They argued that section 84 (11) and (12) of the new Electoral Act is discriminatory against them hence the court should not allow it to be used in disqualifying them because they are political appointees.

According to them, section 84 (11) and (12) are hindering them from achieving their political ambitions and unless the APC and INEC are restrained, they will be prevented from participating in the primaries for nomination as candidates.

They sought the court to “determine whether the directive of APC based on section 184 (12) of the Electoral Act 2022 that political appointees must resign their positions 30 days before they can participate in its Convention, Congress or Primaries for the purpose of standing as political party candidates in the coming election is Constitutional.”

They sought an order declaring as unconstitutional, illegal and unlawful the APC’S directive that political appointees must resign from their positions before they can participate as voting delegates or be voted for in the convention or Primaries of the party.

The plaintiffs revealed that they had already obtained expression of interest forms to contest in the primaries of the APC for nomination as candidates.

The first plaintiff, Mr Sodique Abubakar claimed to be a political appointee who is currently serving as Nigeria’s Ambassador to the Republic of Chad.

The second Plaintiff, Sodique Lawal Abubakar said he is a Special Assistant in the Federal Capital Territory Administration FCTA.

The third plaintiff, Bindir Umar Buba, claimed to be the National Coordinator, Social Investment Program in the Ministry of Humanitarians.

NIN-SIM Linkage: 8.5 Million of its Active Customers Yet To Comply- Airtel

NIN-SIM Linkage: 8.5 Million of its Active Customers Yet To Comply- Airtel