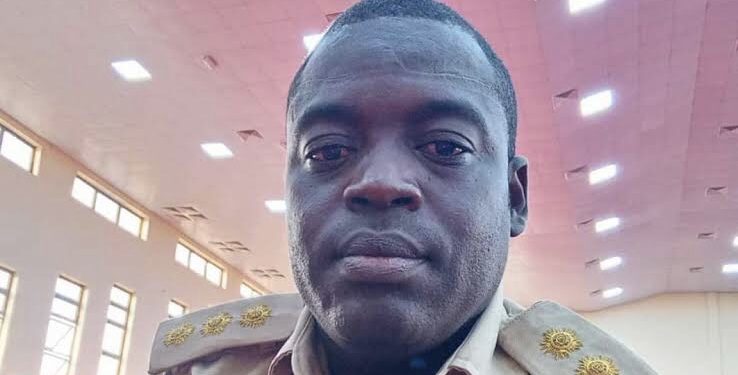 Lagos State Ministry of Justice (DPP) has charged Chief Superintendent of Immigration (CSI) Mohammed Nasir Umar to court for criminal trial, following alleged assault on his colleague, Yemi Badru, an official of the Nigeria Immigration Service (NIS). The filing of the charges followed The Guardian report, in which Badru said Umar assaulted him on July 30, 2019.

In the suit marked LD/20518C/2022  filed on December 1, 2022, Umar was charged by  Directorate of Public Prosecution (DPP) of Lagos State on two count-charge of assault occasioning harm and assault.

According to information obtained by The Guardian, yesterday, the alleged offence of assault occasioning harm is contrary to section 173 of the criminal law, CH. C17. Vol 3, Laws of Nigeria, 2015.

Badru, a Deputy Superintendent of Immigration, in the report, said he had a disagreement with Umar on July 30, 2019, when he was working at the Very Important Personality (VIP) unit of the Ikoyi Passport Office.

Umar, who was a Superintendent of Immigration then, reportedly walked into Badru’s office and accused him of being slow. Badru claimed that he tried explaining that there was a network issue, but the senior officer allegedly insulted him.

He noted that Umar slapped on him and punched him during the disagreement. Badru lamented that despite being the victim, the NIS had victimised him.

He also alleged that the Comptroller General (CG) of the NIS, Isa Idris, refused to allow him sit the service’s promotional examination despite being qualified, while Umar has been promoted twice since the incident occurred in 2019.

Expressing his frustration, Badru said: “The CG promised to allow me write the promotion examination, after one of the dailies’ intervention, but later threatened me with dismissal, if I do not withdraw the criminal case against Umar Nasir Mohammed, who assaulted me. The NIS didn’t allow me to sit for the examination.

“He has also been appointed as the Special Assistant to Assistant Comptroller General of Immigration in charge of Passport at the Service Headquarters in Abuja.”