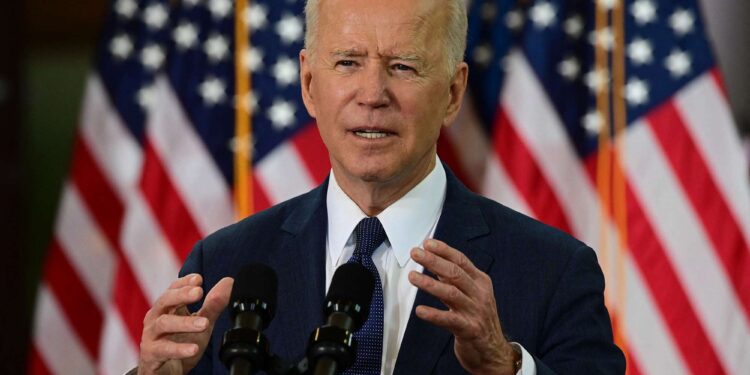 President Joe Biden said Thursday the US was committed to coming to Taiwan’s defense if it comes under attack from China — a stance that seems in opposition to America’s stated policy of “strategic ambiguity.”

Asked twice during CNN’s town hall whether the US would protect Taiwan if China attacked, Biden said it would.
“Yes, we have a commitment to do that,” he said.

Biden has made similar statements in the past, only to have the White House say longstanding US policy had not changed toward the island. The US provides Taiwan defensive weapons, but has remained intentionally ambiguous on whether it would intervene militarily in the event of a Chinese attack.

Under the “One China” Policy, the US acknowledges China’s claim of sovereignty over Taiwan. In recent weeks, Beijing has sent dozens of warplanes near into Taiwan’s Air Defense Identification Zone (ADIZ), and Chinese President Xi Jinping has said that “reunification” between China and Taiwan was inevitable.

“The U.S. defense relationship with Taiwan is guided by the Taiwan Relations Act. We will uphold our commitment under the Act, we will continue to support Taiwan’s self-defense, and we will continue to oppose any unilateral changes to the status quo,” the official said.

Hours after the town hall, China’s foreign ministry warned the United Stated not to send “any wrong signals to the separatist forces of Taiwan independence” Friday.

“China urges the US to strictly abide by the one-China principle and the provisions of the China-US Three Joint Communiqués, be cautious in its words and deeds on the Taiwan issue, and refrain from sending any wrong signals to the separatist forces of Taiwan independence, so as not to seriously damage China-US relations, peace and stability across the Taiwan Strait,” foreign ministry spokesman Wang Wenbin told a regular news briefing in Beijing Friday.

However, the Taiwanese were cheered by Biden’s statement, thanking him for his words.
“Our government will continue to strengthen our self-defense capabilities to full defend Taiwan’s democracy… national security and people’s well-being,” a statement from the foreign ministry said Friday.

Biden said Thursday he was not concerned about an intentional military conflict with China — but indicated he was worried about unintentional escalation.
“China, Russia and the rest of the world knows we have the most powerful military in history of the world. Don’t worry about whether they’re going to be more powerful,” he said. “But you do have to worry about whether or not they’re going to engage in activities put them in a position where they may make a serious mistake.”

Biden, citing his relationship with Xi, said he wasn’t looking to enter a prolonged conflict.