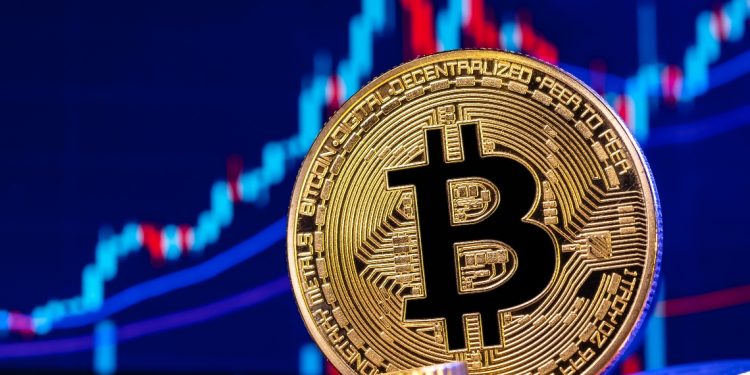 Bitcoin’s price has quickly recovered from under $30,000 to over $40,000 within ten days. Many pointed to rumours of Amazon accepting Bitcoin following a crypto-related job posting, but the recent price increase is more likely being driven by a shift in derivatives markets’ microstructure.

Despite Amazon denying rumours of accepting Bitcoin, the cryptocurrency continued to climb the following days. The price recovery from under $30,000 also came following fears of GBTC’s unlock of 40,000 Bitcoin. In light of this event and Bitcoin’s historical 80% drops in bear markets, it appears that traders had been overly bearish.

This is apparent in perpetual swaps’ funding rates, which had been mostly negative since the price drop in May. For those unfamiliar with perpetual swaps, they are a type of futures contract without an expiration date that relies on charging funding fees to create market forces to peg its price with spot prices. If perpetual swap’s price is at a premium relative to spot price, the funding rate is positive and that rate is paid by long holders to those shorting the market. Inversely, when perpetual swaps are at a discount — like they have been the past two months — short holders pay the funding fee to those who are long.

By monitoring the funding rate we can therefore gauge how traders are positioning. The recent negative funding rates point to sentiment being mostly bearish up until the last few days.

The excessively bearish positioning amongst derivatives traders became costly for short holders following Bitcoin’s 10% price increase in July 26. Nearly $900 million in short positions were liquidated this day, the highest in over three months. Since then, positioning in perpetual swaps appears to have shifted to a more bullish stance, with fungin rate in the top five exchanges by open interest turning positive.

Looking at open interest among perpetual swaps we also observe this trend. Due to the high amount of liquidations on July 26, the total amount of outstanding positions dropped significantly from $11.39 billion to $9.83 billion.

This sudden upward move seems to have flushed away a significant amount of short holders. The following two days, open interest increased by a greater amount than Bitcoin’s price; a sign of increasing conviction and momentum transferring to the bulls.

Moreover, futures contracts can also be helpful to monitor the changing dynamics experienced in the Bitcoin markets over the past few days. Although futures markets are smaller than perpetual swaps in terms of trading volume, traditional derivatives metrics applied to futures are also helpful to understand the nature of crypto markets.

A common concept used to understand market structure in futures is whether they are in Contango or backwardation. When the price of a futures contract is above spot prices, it is said to be in Contango; when it is at a discount, it is in backwardation. These states are useful to understand the consensus among futures traders, as well as to identify potential arbitrage opportunities.

In Bitcoin’s case, futures contracts have remained in contango for the vast majority of the year, with the carry trade arising as a popular arbitrage as a result. The upcoming quarterly contract briefly went into backwardation in three of the top five exchanges prior to Bitcoin’s recent price increase.

Similarly, this points to bearish positioning having reached over-extended levels in Mid-July. Following the recent price recovery, it is clear that this has shifted with all of the top five futures contracts comfortably in Contango and with the basis in an up-trend for the first time since May.

Derivatives markets have become increasingly relevant in crypto, surpassing spot volume for large crypto-assets such as Bitcoin and Ethereum. By analysing these markets in depth we can observe that too many traders had been positioning themselves on the short side, leading to high liquidations and a trend reversal following Bitcoin’s price recovery. Ultimately, this has shifted momentum in bulls’ favour as Bitcoin attempts to break above $40,000 for the first time in two months.