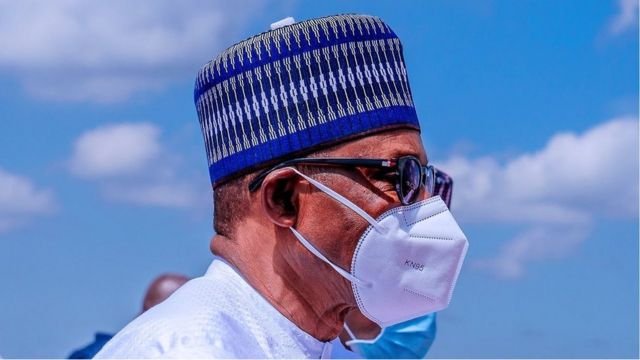 Several Lagos-based lawyers have lauded President Muhammadu Buhari for signing the regulation making the wearing of nose masks in public compulsory, in a bid to curb the spread of the Coronavirus.

The lawyers said that without the regulation, it would have been difficult to sanction defaulters.

Buhari had on Thursday, signed the COVID-19 Health Protection Regulations 2021, an exercise of powers conferred on the President by Section 4 of the Quarantine Act, 2010.

The President made wearing of facemasks compulsory with the new order that anyone found in default is liable to pay fine or face a jail term of six months.

Reacting to the new order, Mr. Chibuikem Opara, a lawyer at Justification Law Firm, Ikeja, commended the president for putting the health and lives of Nigerians at the forefront of his agenda.

Opara said with the second wave of COVID-19 pandemic and the nonchalant attitude of members of the public toward keeping safe in the pandemic, the order would put fear in so many people to keep to the safety protocols.

“It is indeed a step in the right direction. One of the cardinal responsibilities of government is to safeguard the health of its citizens.

“If the step was not taken, it will be unlawful to sanction any defaulter.

“However, it is one thing to have an avalanche of laws while enforcement is a different thing all together,” Opara said.

“However, the law makers should have borrowed a leaf from Lagos State laws that stipulate fine rather than a jail term, owing to the fact that our justice system is slow in reaching a just and fair hearing process.

“What we are looking for is a system for community control. Also, public place is vague in interpretation,” Ayiyi said.

Akinlade said other punishment that does not include prison term should be given to defaulters since COVID-19 is still ravaging the nation.