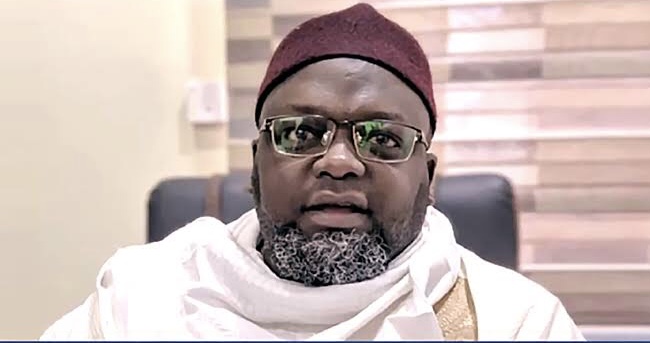 A team of the Department of State Service (DSS) raided the residence of Malam Tukur Mamu, the Publisher of Kaduna-based Desert Herald and Media Consultant to controversial Islamic cleric, Sheikh Ahmad Gumi, who withdrew as one of the negotiators between the terrorists that attacked the March 28 Abuja-Kaduna bound AK-9 train passengers.

A source familiar with the matter said that the heavily armed DSS personnel stormed Mamu’s residence and the office of the Desert Herald Newspaper at about 12:30am on Thursday.

It was gathered that the officers ransacked every nook and cranny of the house and carted away laptops, phones and documents.

The sources, however, said nothing incriminating was found in both the residence as well as the office.

According to him, no fewer than 50 heavily armed operatives in Toyota Hilux, Toyota Highlander, as well as military vehicles raided both the residence and office.

He added that the two wives of the ex-negotiator that were with him when he was arrested, were brought back to the house, but his two sons “are still with him in detention.”

He said, “The heavily armed operatives came and they searched everywhere both at the residence and his office but nothing suspicious was found during the operation that started at about 12.30am

“Over 50 of them came in, fully armed with sophisticated weapons in Army vehicles, Toyota Hilux, and Toyota Highlander.

“Two wives that were with him (Mamu) were returned but his two sons, Faisal and Ibrahim are still with him in detention.

“They seized our phones and laptops computers.”

Mamu was arrested in Cairo, the Egyptian capital, on Tuesday.

The terrorists’ negotiator was said to have been arrested in Egypt alongside his family members.

Mamu was said to be on his way to Saudi Arabia for the lesser Hajj when he was detained at the Cairo International Airport.

Nigerian Footballer Found Dead In His Car In Italy