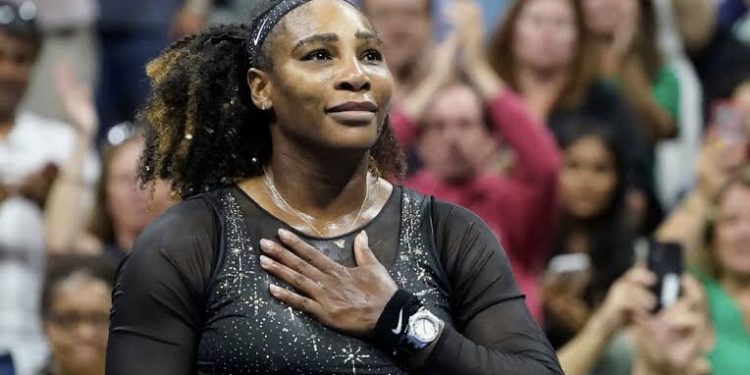 The 23-time singles Grand Slam champion’s 7-5 6-7(4) 6-1 defeat sparked a flood of messages on social media, as current and former athletes across the sport as well as the world at large celebrated her achievements in the last 25 years.

“Congratulations, Serena, for your heart, skill, intelligence, dedication, and grace,” Obama wrote on Twitter on Saturday. “Few athletes have inspired more people both in and beyond their sport!”

Former first lady Michelle Obama, who had appeared with Williams at events for her “Let’s Move!” campaign to promote physical activity for children while at the White House, offered her “congrats on an amazing career.”

“How lucky were we to be able to watch a young girl from Compton grow up to become one of the greatest athletes of all time,” she wrote on Twitter.

“I’m proud of you, my friend – and I can’t wait to see the lives you continue to transform with your talents.”

Former world number one King, who watched on from the stands on Friday, later tweeted that Williams would remain in the spotlight.

“Her incredible career made its mark on tennis history. And yet her greatest contributions may be yet to come. Thank you, @serenawilliams. Your journey continues,” King said.

American gymnast Simone Biles, a champion for athlete mental health who is widely considered the greatest of all time in her own sport, offered tribute to her fellow “G.O.A.T.” and thanked her for being “an inspiration.”

“Thank you @serenawilliams for transcending sports for Black athletes, female athletes and every athlete,” she wrote on Twitter. “Such a pleasure to watch.”

Swimming great Michael Phelps hailed Williams for not only changing tennis but also empowering the next generation.

“Her tennis accomplishments speak for themselves, but one of the things I admire about her is she simply doesn’t quit,” the Olympic champion said.

“On or off the court her will, her strength, her determination… she simply never gives up. She’s a great example to us all.”

Williams had credited Tiger Woods on Wednesday as one of the main reasons she was still playing tennis. The golf great, who watched her beat world number two Anett Kontaveit on Wednesday, showered her with praise.

“@serenawilliams you’re literally the greatest on and off the court. Thank you for inspiring all of us to pursue our dreams. I love you little sis,” Woods tweeted.

Switzerland Pumps Fund To Care For Returnees in Nigeria